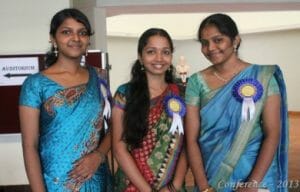 Central Council of Homoeopathy advised all Homeopathy Medical Colleges across the country – not to take any Undergraduate or Postgraduate admission for the sessions 2014-2015 in the first year without obtaining permission form CCH as per the provisions of HCC (MSR) regulations 2013.

AS per the reliable sources, CCH has to submit the inspection report on Homoeopathy Medical Colleges as per Central Council MSR 2013 regulations on or before May 3oth 2014 to AYUSH department.

After examining it AYUSH department will forward the same to new Minister for Health and Family Welfare, Govt. of India after their installation.

So most probably, new UG & PG admission to Homoeopathy Medical Colleges will be in June-July 2014 only.

Governments/Colleges/Universities can conduct entrance examinations and prepare a list. But admission only after confirmation letter from CCH – which expected jun-july first week only