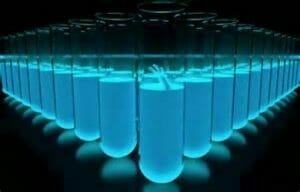 (Code to memorize: Any Help In Learning These Little Molecules Proves Truly Valuable).

Competitive inhibition: here inhibitor molecules are competing with the normal substrate molecules for attaching with the active site of the enzyme.

Non-competitive inhibition (irreversible): there is no competition B/W substrate & inhibitor. The inhibitor usually binds to a different domain on the enzyme, other than the substrate binding site.

Uncompetitive inhibition: here inhibitor does not have any affinity for free enzyme. Inhibitor binds to enzyme-substrate complex; but not to the free enzyme.

Suicide inhibition: the substrate like compound initially binds with the enzyme & the first few steps of the pathway are catalysed. The new product irreversibly binds to the enzyme & inhibits further reactions.

a)    Simple lipids: esters of fatty acids with glycerol or other higher alcohols.

b)    Compound lipids: fatty acid esterified with alcohol; but in addition they contain other groups.

Secondary or intermediatory metabolism: reducing equivalents are generated in mitochondria through TCA.

Concentration of constituents in serum: