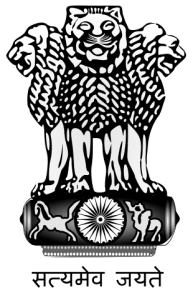 New Delhi, February 24 2015: The Central Government has approved a sum of Rs 54351.02 lakhs for allocation to all States and Union Territories for mainstreaming AYUSH under the National Rural Health Mission during the current year 2014-15.As per information given by the Minister of State for AYUSH (IC), Shripad Yesso Naik in a written reply to a question in Rajya Sabha today; the amount approved for Manipur was Rs 455.26 lakhs.

The mainstreaming of AYUSH is one of the core strategies in National Rural Health Mission which seeks to provide accessible, affordable and quality health care to the rural population.

The support for AYUSH infrastructure, equipment, furniture and medicines was provided by Ministry of AYUSH under shared responsibilities.

Under NHM and NRHM, engagement of AYUSH doctors and paramedics are being supported, provided they are co-located with existing District Hostpitals, Community Health Centres and Primary Health Centres with priority given to remote PHCs and CHCs.

States and Union Territories engage the AYUSH doctors as per local preference.

Support for AYUSH medicines is also being provided at the AYUSH co-located health facilities.

States and Union Territories utilize funds for appropriate stream of AYUSH as per their requirement.

Under NHM and NRHM, Manipur recruited 95 AYUSH doctors for co-located health facilities, 72 AYUSH doctors under RBSK and 59 paramedics and pharmacists.

Regulatory provisions and rules for Ayurveda, Siddha, Unani and Homoeopathic drugs were in place under the Drugs and Cosmetics Act, 1940, which is a Central Act applicable throughout the country.

Rules 85-A to 85-I and Rules 151 to 159 of the Drugs and Cosmetics Rules, 1945 respectively provide the regulatory provisions for grant of licenses to manufacture Homoeopathic and Ayurveda, Siddha Unani drugs and promote their safety and quality.

The standards of Homoeopathic medicines to be complied with are prescribed in Schedule II of the Drugs & Cosmetics Act, 1940 and of Ayurveda, Siddha and Unani drugs in Rule 168 of Drugs and Cosmetics Rules, 1945 . [Source]