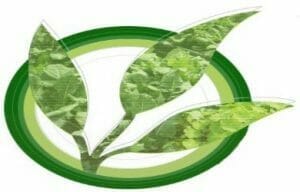 Pharmacology – the science or study of drugs: their preparation and properties (origin,nature,chemistry) and uses and effects.

Pharmacology deals with all aspects of the actions of drugs on living tissues, particularly their effects on man. The word Pharmacology comes from Greek: pharmakon meaning drug, and logos, “knowledge”.

Homoeopathic pharmacy
May be defined as the art and science of collecting, identifying, preparing, preserving, evaluating, standardizing and dispensing of medicines.

It also embraces the legal and professional aspects and regulation of proper distribution of medicines.

Why to study this relation?

2) Knowledge of mode of collection of drug substance , their preservation & preparation–

Apart from the plant, animal and chemical kingdoms, introduction of nosodes, sarcodes, imponderabilia is a specific aspect of homoeopathic pharmacy.

It also employs synthetically prepared compounds as a source of medicine,  but only in dynamized state.

Synthetic source or tautology–Compounds synthesized, that have found a place in allopathic system of medicine, are potentized, proved on healthy provers and administered on the basis of the principle of Similia. This category of drugs is termed as ‘synthetic’.

Phytochemistry – active principles of plant drugs
Phytochemistry is the chemistry of plants or chemical constituents of plants. It is the chemistry of natural plants used as drugs.The active principles of a drug are the potent constituents of the drug that is individual to the drug and are responsible for the pharmacodynamic action of the drug.Homoeopathy accepts a drug with its entity and totality without attempting to separate a drug into its specific chemical constituents.

By the knowledge of source of medicine we can understand whether a drug is short acting or deep acting . for eg

Drugs belonging to the same family may be related to each other.

Doctrine of Signature
was a belief that God had a placed a sign on healing substances, indicating their use against disease. The idea of’’the doctrine of signature’ is inferring the nature of actions of a substance from its physical appearance and properties, from their color and form.

Egs:
Belladonna
grows in a soil rich in calcium carbonate. Hence, Calcarea carb is complementary to Belladonna.
Tarantula hispanica
is a spider that comes out when drums are beaten. Tarantula patient is sensitive to music.
Digitalis
maybe of use in blood diseases, as its flowers are adorned to with blood colored dots.

Euphrasia
is a good remedy for eyes, as it had a black spot in corolla that looked like a pupil.
Hypericum
having red juice maybe of use in hemorrhages.
Rhus tox
plants are collected in damp weather, rainy season, in evening, as it possesses more medicinal properties. These are also its modalities.