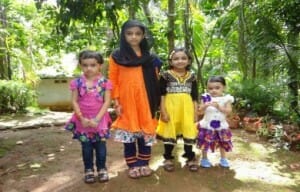 Dr Mansoor Ali
The relationship of remedies can be studied under many    headings according to different authors.

I. Dr.E.A.FARRINGTON : ( Clinical Materia Medica – Pages. 23,24,404 & 405.)
1. Family relation : Derived from their similarity in origin.
2. Concordant relation : Similar drugs,b ut dissimilar in origin.
3. Complement. : The drug which completes the cure which the other   begins,but unable to effect.
Eg : Belladonna & Calcarea.

4. Antidote.
The medicine which modify the effects of a wrongly selected potency or an apt potency-but in an  `idiosyncracy’ patient.
The symptoms are opposite,not so much in the   phraseology in which they are expressed,for they may read almost exactly alike,but they are results acting  in opposite directions.
They act by modifying the effects and not by suppressing the symptom.
Eg : Belladonna & Hyoscyamus in skin symptoms.
Nux vomica & Coffea.

5. Inimical.
They also will be similar,but the resemblance will be    so great,in fact the drugs are so nearly ” idem ” that it is not well to follow one with the other.
They bear a strong resemblance to each other,and thus may seem as they are concordant remedies.
These drugs,though resembling each other apparently, will not follow one another with any satisfaction.
They seem to mix up the case.
Eg : China & Psorinum., Apis & Rhus.,Phosphorus and  Causticum., Silicea & Mercury.

IV. Dr.Boenninghausen.
1. Remedies related to mind and localities.
2. Other remedies.
Represents a general relationship of the remedies in the unclassified symptom groups,to the remedy under onsideration.
3. Antidotes.
4. Injurious.

V. Dr.Boger.
1. Remedies related to mind and localities.
2. Related remedies.
3. Antidote.
4. Inimical.
The common experience that the continued thoughtless     and injudicious use of the same medicine often does more harm than good,and that two very similar remedies    do not follow each other well,has its origin in this  fact. ( Boger’s Repertory -Page.viii )

VI. Dr.H.A.Roberts.
1. Complementary remedies.
The most similar ones,as a rule are complementary;they   antidote each other’s bad effects,follow each other  well and often make up for the deficiencies of the  others.
2. Neutral.
3. Remedies with lesser degree of similarity.
May be used at a greater interval of time and finish up   the work started by the other remedy.
4. Inimical.

VII Dr. Hahnemann.
1. Antidote.
In aphorism 249,he suggests ” If the aggravation be considerable ( after a medicine ),be first partially neutralised    as soon as possible by an antidote before giving the next remedy chosen more accurately according to similarity of action. ” His words tells us indirectly that antidote is not selected on the basis of symptom similarity.
Hahnemann says when talking about drug proving that   ” the subsequent dose often removes,curatively,some one or other  of the symptoms caused by the previous dose.” ( Aphorism 131 ).Here he suggests the second dose to be an `increasing dose’. From this we may make a conclusion that higher potency of the same    medicine act as an antidote.

2. Complimentary.
Though he do not use the term complimentary, we can consider his second prescription after a partial similimum as `complimentary’,as it often helps to complete the action of the  first. ” Hahnemann was guided in the selection of an antidote by the symptoms of the medicine actually present,in others he did not follow this rule, but was led by something else,probably         experiment and observation,to give substances as antidotes, the  Homoeopathicity of which to the symptoms sought to be removed         could not be proved.” ( Lectures on the theory and practice of  Homoeopathy – Dr.R.E.Dudgeon – Page – 536.)

VIII. Dr.R.E.Dudgeon.
1. Antidote.
Dudgeon quotes Dr.Trinks.” the antidotarial influence of medicines on one another depends solely upon the homoeopathic principle.” ( Page.535 ) He says ” The necessity for the  administration  of an antidote in consequence of the too violent    effects of an infenitesimal dose is, I apprehend,very rare.”  ( Page.537 )

According to him ” a fresh dose of the same medicine is the best antidote.” ( page.537 )
He explains the modus operandi of antidotes with no symptom  relation as this . ” thereby a stronger but transient and  different effect is produced upon the nerves,whereby the feebler  impression of the medicine previously given is effaced and the  new action being evanescent,the nervous system is speedily  restored to its normal equilibrium.” ( Page.537 )

IX. Dr.J.T.Kent.
1. Chronic remedy.
He says ” In managing a chronic sickness the remedy  that conforms with an acute experience of the illness is worth  knowing,as very often its chronic may be just the one that conforms to its symptoms.”
Eg : Calcarea is the natural chronic of Belladonna and  Rhus. Natrum mur sustains the same relation to Apis and Ignatia.( Lesser writings.Page.424,425.)

2. Complimentary.
He says complimentary medicine completes the action of  the first when the first one is no longer acting. He continues  that the selection is purely symptomatic.
” When Pulsatilla has been of great service in a given case and finally cures no more,while the symptoms now point to Silicea,the latter will be given with confidence as its complimentary relation has long been established. ” ( Page.425 )

3. Inimical.
He says `they do not like to work after each other.’ Eg.: Causticum and Phosphorus. Apis and Rhus.

4. Antidote.
It is employed when there appears new symptoms.
The selection is ” The new symptoms combining with the old ones must be again studied and the second remedy must correspond more particularly to the new than to the old. ( Lectures on Homoeopathic philosophy -Page.280.)

X Dr.Stuart Close.
1. Antidotes.
They are commonly devided into three classes,according to their mode of action. (a).Physiological or Dynamical (b) Chemical and (c) Mechanical.
Physiological or dynamical antidoting requires that the antidotal substance shall be pathogenetically similar to the poison,but opposite in the direction of action.
He quotes Boenninghausen ” Medicines producing similar symptoms are related to each other and are mutually antidotal in proportion to the degree of their symptom similarity.” ( The genius of Homoeopathy – Page.107 )
He cites the incidences where the higher potency of the same drug becoming the antidote.ie.,in a case chronic disease of the liver or some other organ from suppression of malaria with massive doses of quinine or arsenic. ( Page.120.)

XI Dr.H.L.Chitkara.
1. Compliments.
These are remedies which completes the action of the first prescription. Acute and Chronic remedies also come under this.
2. Antidotes.
Antidotes of poisons.
Antidotes for the bad effects of indiscriminate use of homoeopathic remedies.
Antidote for the violent homoeopathic aggravation of the similimum.
3. Inimical or Incompatible remedies.
Which do not follow each other well.
He says,in practice it was found that their use immediately after the other produced complications in the smooth management of the case.

Conclusion
We could find out the symptom relation of the complimentary, antidote and inimical remedies by studying some examples.
Complimentary : Acon & Coffea in fever. ( Key Note )
Acon : Internal heat with external chill.,in the evening after lying down.(HCMM)
Coffea : External heat with internal chill., in the evening after lying down.(HCMM)
ie.,in most instances,the complimentary remedy will be having similar symptomatology but opposite modalities or conditions. This is no true in all the cases. They are related some times by their occurance in nature.( Ars : Phos )( Nat.m : Sep )* and sometimes by constituents. ( Badiaga : Iodum., Puls :
Kali.sul. ).( Bell : Calc., Carb.v : Kali.c )* * these examples are not given by Dudgeon.
Inimical : Most of the  authors relates it to the symptomatology.
Eg : Apis and Rhus tox have similar symptomatology in eruptive diseases.
Phos and Caust have much similarity in paralytic effections.
” Inimical to Lachesis( Am.c). Similar in action.” (Materia Medica. Boericke. page.42)

Antidotes : Medicines with similar symptoms but acting in the opposite direction makes the antidotes to many authors. But, the suggestions of Dr.Dudgeon are the most valuable in this subject. He says that Hahnemann recommends camphor as an antidote to an immense number of medicines,to all of which it can assuredly not be said to have a homoeopathic relationship.

Remedy relation of some of the most important medicines.
Please refer last part of Boericke or Kent’s repertory