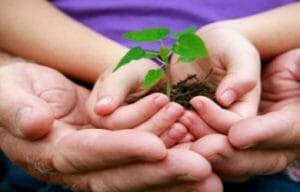 Homoeopathic medicines are available for the treatment of human being and animals, this is the present knowledge. Strange to belief,now homoeopathic medicines happened to be an ideal methodology in the treatment and control of diseases and pests of any kind to plants, vegetables, fruits yielding plants/trees, spices, cash crops, orchid and anthurium. Field trials on pepper vines, pumpkin, ladies finger, bitter gourds, snake gourds, ginger, betel leaves, flowering plants and floriculture had given hundred percent success. New millennium promises a persticide/insecticide free and even less fertilizer usage for cultivation. On analysis a minimum of 55% pesticide is present in vegetables and fruits. Agrocare developed from homoeopathic medicine shall be an ecofriendly helps for bio-diversity and health care for weaker sections.

Experimentation on bitter gourd and snake gourd with Homoeopathic Medicines
An experimentation conducted on bitter gourd on 7.2.98 was promising to an extend of an epoch-making event. The seeds collected from a Government firm was added with certain Homoeopathic Medicines and water for soaking over night (Names are kept secret due to technical reasons). Next day morning they were planted in a polythene bag and transferred to a pot when they reached a height of about 8″” – 9″”. Two bitter gourds and one snake gourds were grown m each pot filled with ordinary mud. Within two months time 10 bitter gourds and six Snake gourds were plucked. One of the bitter gourd measures 11″” a snake gourd of 16. Only one handful of ash and weed were given. Similarly no protection with paper, polythene or  pesticide were applied. The leaves of the snake gourds were eaten away by a larva on 58th day leaving the other untouched. Nimbicidin was applied as per the direction for four days. Homoeopathic medicines were applied to the soil after mixing with 500 ml. of water for 4 days. From 5th day onwards no more pest attack was noticed. It was a clear evidence to say that pregerminated seeds when planted gained a immunity torepel insects and pests which are harmful to them.

Farmers using this medicines are reporting that without using any pesticide, polythene or paper cover none of the bitter gourd were damaged.

Scientist have pointed out that plants also have power to attract insects as well as to repel the harmful insects. This phenomena is known as plant insect interaction. Plants do need some insects for the disposal of their seeds and for protection against some insect/pests, The following examples are being given. Plants of the cabbage family produces Isothyocynate Glucosides which is a feeding Stimulant for the larvae of Pieris brassicae repelling all other insects due to toxicity. Liver damage to rumen on feeding crotolaria of the leguminocea was due to an alkaloid Pyrolizidine and produces no harm to Cinnabar moth (Tyria Jacobae) from feeding on the leaves of Senecio Jacobaca. The seeds of Diocioea Megacarpa contains canavanine which is toxic to a larvae of a seed eating beetle known as cow-pea weevil, (callasobruchus Maculatis) Interestingly it is very dear to callaso brasiliensis. Abics balsamea which accumilates Juvabione harmone in its wood attracts only one species of an insects called pyrrhocosidea. Plants also possess self defensive mechanism by producing secondary metabolites through plants vertebrate interaction for protection from animals. •

The system of communication through chemicals among members of a plant community is known as allelopathy. There are platns which inhibits the growth of others while certain other plants produces chemicals that counteract the growth inhibiting properties. The allelopathic effect is due to the present of quinone and Junglone which are 5 hydroxynaphtho-quinone.

The leaves of the walnut tree (Jugulan nigra) contain the above chemicals are in the form of giycosides which are water soluble. During rain or getting wet with water they get wash off the foliate andcome into contact with micro organism in the soil breaks down to aglucone and Juglone which are known inhibitors of plant growth. The Kentucky blue grass (Poa pretenses) can grow under a walnut tree by possessing a biochemicals mechanism for neutralising the adverse effect of Juglone.

It could be seen that the Homoeopathic medicine had given additional  protection by producing certain chemicals that are repellent to harmful insects or by increasing the natural immunity of the plants and trees. This inference leads into an idea of formulating separate medicines for the diseases/pests of coconut arecanut, pepper, ginger, tea, coffee, plantain, tubers, paddy, ornamental plants, flowering plants, orchids, anthurium, vegetables, cashew, mango and the like. No pests or diseases had attacked the bitter gourd and snake gourds as long as the medicine had action Farmers are compelled todrop the cultivation of bitter gourds. Due to its extreme sensitivity of being attacked with fruitfies. MaJority of them are giving hesitation for applying pesticide or insecticide. For this latter group and Who are thinking for an echo friendly cultivation the use of Homoeopathic Medicines are to be appreciated. Plants or trees are protected for any attack of pest or disease with Homoeopathic medicine. One need not change the medicine often simply by hearing an attack of another pest or disease. As long as the self defensive mechanism is continuing there shall never be a risk of attack.

Field trials on arecanut palm was started on 26-1-1999 at Maikavu neart Thamrassery in Kozhikode district. Thomas, Madathali House, Maikavu had applied agrocare MPA 1 (i) a preparation from Homoeopathic Medicine for the pest/treatment of arecanut palms for 1000 and 500 arecanut palms were kept as control.He was fully satisfied and convinced that no more yellowing of leaf, falling off of the tender arecanut, and other diseases attacking arecanut, coco, grampoo, nux moschata plants grown as intercurrent crops are also benefited. When a treated arecanut palm was cut the stem looks like a healthy one even after one and half months while an arecanut palm infected with yellow leaf disease produces a dark, violet fluid with foam from the stem continuously oozing for months together. A news coverage was done through Asianet on 2-5-1999. The leaves are still green and an increase of yield is also noticed.

One Samikutty, Sajila Nivas, Kannankara, Chelannur in Kozhikode district,had grown five varieties of vegetables continuously for three times with good appreciation and increased production without applying any paper/polythene cover or pesticide to bitter gourds and other crops. Farmers of Kalpetta are fully satisfied with 100% success in controlling quickwilt disease of pepper vines, along with other diseases/pest attack. Ginger cultivation is 100% success with agrocare for spices.Medicines were distributing to control the diseases in plantain and tapioca. A research study for three years at C.P.C.R..I Reasearch institution at Krishnapuram near Kaymkulam as started from 5-11-1999. A piolet project to study the efficacy of Homoeopathic medicine for coconut palm with agrocare MPA 1 (i) B in controlling ‘Mandari’ attack was also started at C.P.C.R.I. Maradi Panchayat President (near Muvattupuzha in Ernakulam District) had applied agrocare for coconut for his 100 coconut palms. He could see fresh green leaves on palm with root wilt disease, drastic reduction in the degeneration of the top of coconut palm and those not giving yield had started with hope.

Orchid and anthurium are benefited with the particular Medicine agrocare MPA 3(2). Experimentation is going on with good result in a centre run by the federation of Indian Floriculture. No need of any pesticide or the specific manure were applied to an Anthurium and orchid for the last 2 months grown by Mr. Albert Indeevaram,Arasumood, Anayara P.O. Thiruvananthapuram-29.The dedly “Manderi” altack to coconut palms shall also be considered when a natural immunity is being established with the agrocare manufactured from Homoeopathic medicine.