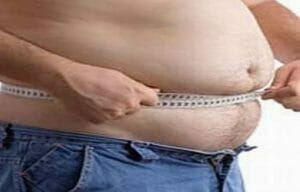 Overuse of antibiotics has led to the creation of drug-resistant bacteria — so-called superbugs, like methicillin-resistant staphylococcus aureus. But now some researchers are exploring an equally unsettling possibility: Antibiotic abuse may also be contributing to the increasing incidence of obesity, as well as allergies, inflammatory bowel disease, asthma and gastroesophageal reflux.

Among those sounding the alarm is Dr. Martin Blaser, a professor of microbiology at New York University Langone Medical Center. In a commentary published in August in the journal Nature, he asserted that antibiotics are permanently altering microbial flora of the human body, also known as the microbiome or microbiota, with serious health consequences.

The human gut in particular is home to billions of bacteria, but little is known about this hidden ecosystem. Take Helicobacter pylori, a bacterium associated with an increased risk of ulcers and gastric cancer. Many doctors are quick to prescribe antibiotics to kill it even when the patient has no symptoms.

But in 1998, in a paper published in the British Medical Journal, Dr. Blaser was more circumspect, arguing that H. pylori might not be such a bad actor after all. “We’re talking about a bug that’s been in the human gut for at least 58,000 years,” Dr. Blaser said in an interview. “There’s probably a reason for that.”

His lab has since produced a stream of findings supporting his suspicion. Dr. Blaser and his colleagues discovered, for instance, that the stomach behaves differently after a course of antibiotics eradicates resident H. pylori.

After a meal, levels of ghrelin, a hunger hormone secreted in the stomach, are supposed to fall. But in subjects without H. pylori, the amount of ghrelin in the bloodstream held steady, in essence telling the brain to keep eating.

Moreover, mice in Dr. Blaser’s lab fed antibiotics in dosages similar to those given to children to treat ear and throat infections — which is enough to kill H. pylori in many patients — had marked increases in body fat even though their diets remained the same. (Indeed, farmers have long given antibiotics to livestock to promote weight gain without increasing caloric intake.)

These results dovetail with research by Peter Turnbaugh, a Harvard University geneticist, in collaboration with Dr. Jeffrey Gordon, a gastroenterologist at Washington University in St. Louis. They have found that the ratios of various bacteria in the guts of obese mice and obese humans were significantly different from those of lean controls, suggesting that altering the stomach’s microbial balance with antibiotics might put patients at risk for gaining weight.