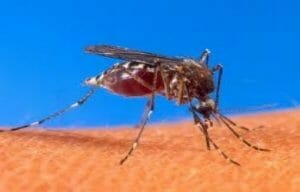 A homeopathic drug extracted from a plant native to the US and used as a traditional medicine in that country the 19th century, promises a cure for dengue, says a study by the state-run King Institute of Preventive Medicine.

The King Institute team headed by a Chennai-based homoeopath administered the drug extracted from Eupatorium perfoliatum to 50 patients with secondary dengue and found all of them recovered.

The study, lead by Dr N R Jayakumar of Madan Homoeo Clinic, was presented at an international symposium on ‘Challenges and strategies in the prevention and management of viral infections’ at Central Learther Research Institute recently.

Jayakumar said it wasn’t a new idea to administer the drug to patients with dengue. Earlier the drug was given to patients in Delhi and Sri Lanka during epidemics. In June, the drug was administered to dengue patients at the Madurai Government Rajaji Hospitals. “We wanted to scientifically prove the drug is efficient. The patients were given two doses a day. The platelet count of all the patients improved. The good thing about this drug is that it can also be given alongside allopathic medicines,” Dr Jayakumar said.

“In allopathic medicine, there is no drug for this disease. The only treatment is IV fluids to replace body fluids. Most patients we chose for the study had platelet count less than 10,000. We prevented death and blood transfusion in all the 50 patients who took this drug,” said Dr Gunasekaran.