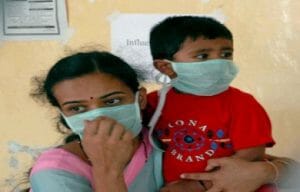 Facts and features of viral epidemics in Kerala

In the last 3-5 years several viral fever epidemics occurred in Kerala, resulting in severe physical, financial and mental strain to the community and the Government.

Till July 28,2009 the number of patients had crossed 11 lakh starting from January this year. Hundreds of people afflicted with fever and acute joint pains, belong mostly from hilly hamlets and tribal areas throng in huge numbers to nearby hospitals for faster relief. Patients’ complain of headache and joint pain and have not experienced such fever earlier.

In the last 2-3 years, homeopathic medicines were found to be more effective both as a preventive and curative in epidemic fevers of Kerala – like viral fever, chikungunya, dengue, hepatitis etc.

If chikungunya caused many deaths in Kerala, which it did not in most other places, the state had the unique opportunity to investigate the biology of the disease and reasons for death to contribute to medical science.

Obviously, medical science in Kerala is not prepared to investigate anything new.

Why should every ruling party go into a defensive mode when it is the collective problem of all political parties?
Why can’t all parties discuss this and make diseases the common enemy?
Why more deaths in Kerala compared to other states?
Was it mainly due to over medication at allopathic hospital?
Is homeopathy is effective as a preventive & curative?
Was the current upsurge of fever the unusual clustering of several diseases or was there a single cause for the outbreak?

Was there any hidden agenda by pharmaceuticals & media behind this panic?

Environment in the State is badly affected by issues such as scarcity of drinking water, pollution of various kinds and improper waste disposal, EPIDEMICS etc.

TYPES ACCORDING TO TEMPERATURE

The hyperpyrexia is clearly a medical emergency because it approaches the upper limit compatible with human life.

Note : Antibiotics do not treat viral infections, and thus are ineffective against the viral fever. Treatment of viral fever with antibiotics can be counterproductive, as it can promote the production of drug resistant bacteria, and can even promote infections by killing off normal bodily flora.

There is absolutely NO place for any sort of corticosteriods in the treatment of viral fevers. It may even prove fatal which is particularly tragic under the circumstances since they are not indicated in the first place.

They compromise the body immune system even further, thereby increasing the risk of infections that may be almost impossible to cure even with the latest generation of antibiotics. Majority of the deaths in Kerala may be attributed to injudicious use of antibiotics and corticosteroids.

Prognosis
An untreated fever that lasts longer than 48 to 72 hours may lead to upper respiratory infections like sinusitis, pharyngitis, Sore throat, tonsillitis, and laryngitis.

Most viral fevers recover completely in a week although fatigue may persist for a few weeks.

Remember that any viral fever causes the body immune system to be severely tested.

Therefore, the more danger arises as a consequence of having the viral infection than from the specific infection itself.

Cough is usually not a good sign and chest infections caused by bacteria (like pneumonia) are quite commonespecially in the young and old.

In the weakened conditions, even the less harmful bacteria can cause havoc to the body.