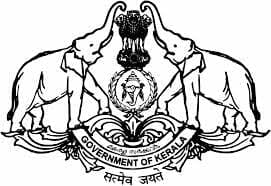 Personal and Administrative Reforms Department  (P&ARD) of Govt. of Kerala conducted a detailed work study on Department of Homoeopathy in Kerala and submitted a detailed report to the Government for further action.

The Department of Homoeopathy in Kerala is the First separate homeopathy department in India and still among the very few which was constituted as per GO (MS) 101/73/HD dated 21-4-1973. Currently the Department has more than 650 dispensaries, 30 hospitals, 14 DMO offices and numerous specialty OPDs allied to District Hospitals along with a handful of projects and around 300 Ayush dispensaries under NRHM.

The homoeopathy Director vide DO letter No: EA 2/10071/2009/DH dated 15-1-2010 had requested the Health Department for a work study of the department and that was subsequently recommended by H&FWD in government to P&ARD. A work study on homoeopathy department commenced following this.

Summary of recommendations by the P& AR Department

Appeal: Organizations and Officials are requested to study this report and make necessary steps for planned  progress of Homoeopathy in Kerala