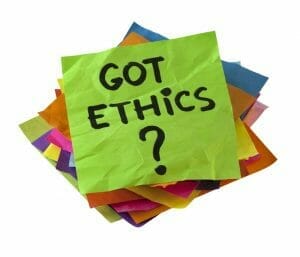 NEW DELHI: The death of 254 Indian women from modest backgrounds in the course of a 15-year US-funded clinical trial has triggered a raging debate about its ethicality. The trial was for a cervical cancer screening method and the women who died were part of a control group kept without screening to study death rates in unscreened populations.

Yet, almost 140,000 women in the control arm of the trial were not screened. After a complaint made to it, the United States Office for Human Research Protections (OHRP) determined that the women were not given adequate information to give informed consent.

Those arguing that the trial was unethical also say it violated the international ethical guidelines on medical research, the Helsinki Declaration’s guidelines, which clearly state that “the benefits, risks, burdens and effectiveness of a new intervention must be tested against those of the best current proven intervention”.

Even Indian Council of Medical Research (ICMR) guidelines stipulate that a placebo can be used only if the disease is self-limiting or when no proven preventive, diagnostic or therapeutic method exists.

“Clearly these trials violated both international and national guidelines,” said Sandhya Srinivasan of the Indian Journal of Medical Ethics (IJME), who in her editorial on the subject in April last year pointed out that “these studies would not have been permitted in the country of the funding organizations (US National Cancer Institute and the Bill and Melinda Gates Foundation (BMGF).”

An article in the latest issue of the IJME by Dr Eric Suba, a San Francisco-based pathologist, who had filed a complaint in the US in May 2011 against the trial, has demanded compensation for the families of the women who died and immediate screening and treatment, where necessary, of the women in the unscreened group.

The trials were conducted among Indian women of the lowest socioeconomic status in Mumbai slums, villages in Osmanabad in Maharashtra and in Dindigul in Tamil Nadu. These studies compared the cervical cancer death rate among 224,929 women who were offered the different types of cervical screening to that among 138,624 women who were offered no screening at all. [Source]