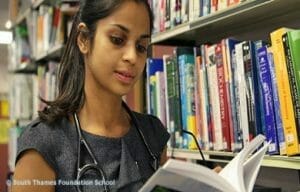 SURFACE ANATOMY
The horizontal plane passing through the disc that separates thoracic vertebrae T4 and T5 is one of the most significant planes in the body passes through the sternal angle anteriorly, marking the position of the anterior articulation of the costal cartilage of 2ndrib with the sternum.

The hilum of the right lung is arched by- Azygos vein

Anteriorly, the costal cartilages of ribs 1 to 7 articulate with the sternum (true ribs)

Centrally, the intercostal veins ultimately drain into theà azygos system of veins or into internal thoracic veins, which connect with the brachiocephalic veins in the neck.

The coronary sulcus circles the heart, separating the atria from the ventricles.

It  contains the right coronary artery, the small cardiac vein, the coronary sinus, and the LCx

Spleen lies obliquely along the long axis of the 10th rib.
Directed downwards, forwards & laterally making an angle of about 45 degree with horizontal plane.

Blood flows out àflow regulated by the tone of arteries

Main cause of penal erasure(removal name from medical council   register)

Any conduct which is considered as disgraceful

Adultery –voluntary sexual intercourse other than his or her spouse

Covering-assisting a person who has no medical qlfcn to attend, treat or perform an operation

Duty –existence of duty of care by the doctor

Dereliction-failure of the doctor to maintain care &skill

Direct causation -the failure to duty lead to death or damage

Damage – the damage which results must be reasonably anticipated

A civil wrong is known as TORT

If  gross negligence leads to death of patient.

Pre-eclampsia  may be mild or severe charecterised by oedema,albuminuria &hypertension

ECLAMPSIA  is the above symptoms with convulsion or coma

Abortion – Termination of pregnancy before the uterus become viable

Can be due to

IN SKIN – Main changes are due to MSH

Foetal heart beat can be heard from 16th week

Onset of true labor pain to full dilatation of cervix

Dilation of cervix to expulsion of foetus

Types  of fracture are:

PATHOLOGY
Inflammation  is part of the complex biological response of vascular  tissues to harmful stimuli, such as pathogens, damaged cells, or irritants

Increased permeability -results  in  àallows leukocytes to marginate (move) along the endothelium(margination)àdiapedisis-the passage of blood cells through the unruptured wall of a blood vessel into the surrounding tissues.

Chemotaxis-Movement of leukocytes within the tissue via

The first four (classical signs) were described by Celsus

While loss of function was added later by Galen

Complement proteins serve as chemotactic factors for neutrophils, increase vascular permeability, and stimulate the release of histamine from mast cells

The kinin system, which is activated by coagulation factor XII, produces substances that increase vascular permeability.

The most important of the kinins is bradykinin

The coagulation system converts the plasma protein fibrinogen into fibrin

Prostaglandins   are a group of fatty acids, increase the effects of other substances that promote vascular permeability ,aggregation of platelets,

Prostaglandins are associated with the pain and fever of inflammation.

1. Coagulative necrosis – characterized by the formation of a gelatinous substance in dead tissues

2)Liquefactive necrosis (or colliquative necrosis)-characterized by the digestion of dead cells to form a viscous liquid mass.

Hypoxic infarcts in the brain

3) . Caseous necrosis -a combination of coagulative and liquefactive necroses,  typically caused by mycobacteria (e.g. tuberculosis), fungi and some foreign substance

1) Oncosis  (swelling of the cells)àblebbing,  àpyknosis (nuclear shrinkage).In the final step of this pathway  karyorrhexis   (nucleus is dissolved into the cytoplasm)

divided  into 2 types according to the amount of blood present:
White infarctions (anemic infarcts) affect solid organs such as the spleen and kidneys
Red infarctions (hemorrhagic infarcts), generally affect the lungs or other loose organs (testis, ovary, small intestines).

Neoplasms may be benign, pre-malignant (carcinoma in situ) or malignant .

Viral RNA  genome  is converted (reverse transcribed) into double-stranded DNA by a virally encoded reverse transcriptase that is transported along with the viral genome in the virus particle.

Sporozoites in the mosquito’s saliva enter the bloodstream and migrate to the liver where they infect hepatocytes,àmultiplying asexually and asymptomatically for a period of 8–30 days

Is the largest intestinal roundworm and is the most common helminth infection of humans worldwide.

Rapid  sand filter
The most common type of filter is a rapid sand filter.

Water moves vertically through sand which often has a layer of activated carbon or anthracite coal above the sand.

Most effective method of spacing between pregnancy is IUCD

Couple protection rate indicates prevalence of contraceptive use in the community

HLA DR 4 is correlated with the severity of the disease

Duration of symptoms for diagnosis-6 months

Cutaneous lesions may ulcerate and leave behind deep scars

Influenza virus- most common viral cause of pneumonia

Lesion is in the artarioles

MCC of death is Ventricular fibrillation