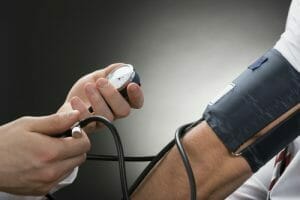 BACKGROUND
High blood pressure (BP) or Hypertension is a major public health problem in India and elsewhere. Its prevalence is rapidly increasing among urban and rural populations. Reducing systolic and diastolic BP can decrease cardiovascular risk. It is a major cardiovascular risk factor and contributes significantly to cardiovascular mortality. Prospective studies conducted on Hypertension has reported that reducing BP can substantially decrease cardiovascular risk as well as all major causes of mortality. This risk reduction is steeper in younger subjects than in the older subjects and is more when baseline blood pressure levels are high. A meta-analysis of 60 studies involving more than a thousand patients with hypertension and a period of three years of follow up, has given the observation that reducing systolic as well as diastolic BP could reduce a leading proportion of pathological cardiovascular events. Between 40-69 year, a difference of 20 mmHg systolic BP or 10 mm Hg diastolic BP was associated with more than a two-fold difference in the stroke death rate and with two-fold difference in the death rates from coronary heart disease and other vascular causes. All of these proportional differences in vascular mortality were about half as extreme at ages 80-89 year as at ages 40-49 year, but the annual absolute differences in risk were greater in old age.

METHODS
A cross-sectional community-based survey was conducted among individuals of either sex, aged 25-85 years. The study was carried out in the field practice area of the Department of research, SARADA KRISHNA HOMOEOPATHIC MEDICAL COLLEGE, Kulasekharam in coastal Tamilnadu, a Southern state of India. The field practice area covers spread out in 11 villages. The population in these villages is homogeneous in terms of occupation, socioeconomic status, and food habits. A total of 60 subjects (22 males and 38 females) age range 25-85 years with. The survey methods were as follows: diet diaries for follow up of Daily food intake record; BP measurements; physician administered questionnaire and anthropometric measurements. Diagnosis of hypertension was based on new World Health Organization/International Society of Hypertension (WHO/ISH) criteria. Risk factors were assessed based on WHO guideline. Treatment based on homoeopathic principles. A total of 60 patients of HT were randomly selected from outpatients and inpatients from various department of SKHMC, kulasekharam. They were divided into four groups, with 15 patients in each group. All 60 patients completed the study and under gone 1 year follow up with 6 visits.

RESULTS
The results are summarized as baseline statistics:

Overall prevalence for hypertension in our district was 32.6%; among which major were females and high incident age group was found to be 46-55 years. Significant differences in hypertension prevalence were noted between rural and urban parts was found to be 27.6% and 33.8% ; P = 0.05]. Based on region of dominance for the prevalence of hypertension in our district were as follows: 16.2%, 34.7% , 16.4% and 22.3% for Tiruvattar, Pechiparai, Ponmanai and Thuckaly, respectively. Overall estimates for the prevalence of awareness was 25.3%, Patients untreated and ignored their disease were 28.2% and patients under dietary management neither taking any medicines  10.7% in our rural area and 42.0% 37.6% and 20.2% in sub urban area of Kanyakumari district. Many of the ignorant group came under middle and low economic status. Among selected 60 cases, 29 cases were between 46-55 years followed by 13 patients of age group 56-65 years. After about 6 months of Homoeopathic management, 45 cases gave significant improvement whereas 15 gave moderate improvement.

CONCLUSIONS
By conducting such a brief study, I conclude that hypertension has been more prevalent among middle class people in rural areas of Kulasekharam. Females are more prone to this disease than males. Along with medicine, diet regimen, stress free lifestyle along with moderate physical exercises, the disease could be managed without risk. The list of lifestyle modifications includes dietary changes, reduction in salt intake, smoking ceasation, avoiding alcohol intake, weight management, practicing holistic life style and compliance with prescribed homoeopathic medications when in need. Moreover awareness is the major lagging area and Medical institutions and NGOs must take steps to impart public awareness about Hypertension.

UPDATED REVIEW
An alarming rise in incidence of Hypertension was explained in a Systematic review on the prevalence of hypertension in India, published between 1969 and July 2011, where a range between 13.9 to 46.3% and 4.5 to 58.8% in urban and rural areas of India, respectively. There are several report who speak about the mortality and prevalence of heart diseases and stroke as a complication of unmanaged hypertension. It is also observed in the study that there are differences in prevalence of hypertension between urban and rural area, economic groups and region, this could be due to quality of healthcare services, literacy rates and inconvenience in access to medical centers etc. Even prevalence differs among lower education group and higher education group was seen, this is completely due lack of awareness and ignorance about the complications of unmanaged hypertension. Lifestyle changes (harmful dietary practices, consumption of tobacco, and sedentary habits) occurring because of rapid urbanization and economic progress in urban areas have also contributed to the growing epidemic of hypertension in urban areas of India. Higher rates of salty food consumption in South India, increased humidity, central obesity and high BMI are major contributing factors for high prevalence of disease. Homoeopathy treats patients by selecting appropriate constitutional remedy and bringing cure in holistic way.

Professional Experience: 18years of clinical practice and 13 years of Academic experience; Presenting holding the position of Head, Department of Practice of Medicine, Sarada Krishna Homoeopathic Medical College, Kulasekharam. PG guide (for M.D. Practice of Medicine) and has organized many exhibitions and workshops in and around Kerala and Tamilnadu.
Presented many scientific papers in National and State level conferences.