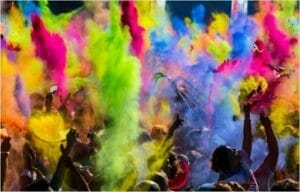 Abstract
Homeopathy has been getting more popularity by its success in the prevention and cure of several communicable diseases appearing in various parts of the world. By the wholehearted support of the Government, Homeopaths, NGOs, and our well-wishers, Homeopathic prophylaxis medicines are given during the outbreaks of epidemics, and the response is quite favorable. For many ordinary people, now ‘preventive medicine’ means homeopathy! In spite of the positive results and the popularity, the use of homeopathic prophylaxis is a debatable topic, even among homeopaths. Due to theoretical and practical issues, there are a lot of controversies among us, and the critics of this system of medicine are exploiting the controversies within our community to fight against us. Even many contemporary homeopaths are against giving prophylactic medicines, and they even criticize the master and his concept of Genus epidemicus through the public discussion forums on the Internet. Even the prophylactic activities of AYUSH department and CCRH are criticized by a few of our colleagues! On several occasions, the critics of homeopathy have highlighted a few failures as a result of wrong remedial diagnosis, only to misguide the public. Even the News channels like BBC reported the failures of one or two individuals after taking preventive medicine (a patent product marketed as homeopathic!) for Malaria.

This work is a humble attempt to solve the controversies in homeopathic prophylaxis. With the help of historical data, previous results, reviews from eminent homeopaths, views of the critics, result of a secret opinion poll, and also from my own experience and observations, a final conclusion is given about the scope of homeopathic prophylaxis.

Objectives
The main objective of this paper is to solve the controversies in homeopathic prophylaxis that affect the growth of this system.

Introduction
Prophylaxis means the prevention of disease, which may be a disease affecting an individual or many people among the population. Prophylactic treatment is more commonly employed during the outbreak of epidemic diseases. An outbreak of epidemic is a clear indication of the imbalance in the environment, which is often associated with war, environmental issues, poverty, overcrowding, calamities, political insecurities, sudden climatic changes, etc. Epidemics create more negative impact than the diseases affecting the individuals. Hence, the old dictum ‘prevention is better than cure’ is very relevant. Whenever there is an epidemic, immediate preventive measures are essential because an ounce of prevention is worth a pound of cure. For the purpose of prevention of certain diseases, vaccines are employed in spite of side effects and serious after effects. A better alternative to this is homeopathy, which is safe, effective and free from side effects.

Why do controversies arise?

Critical views on Homeopathic prophylaxis
The reasons for criticism can be discussed under three headings:

3. Side effects and after effects:

Counter points in support of prophylaxis

1801:  Hahnemann wrote an article, “The prevention and cure of scarlet fever” in his lesser writings. Also published a pamphlet ‘Cure and Prevention of Scarlet Fever’, along with each pamphlet, a vial containing Belladonna was distributed. In his footnote to § 73, he wrote, “scarlet fever founds its preventive and curative means in Belladonna”.

1808: In the subsequent scarlatina epidemic in Germany, Aconite was proved effective.

1808: Published a paper, “Observation on the scarlet fever,” in which he described the individual features of the two previous epidemics.

1813: Hahnemann mentioned in his ‘Chronic Diseases’ about Bryonia and Rhus tox for the acute miasm of typhus.

1831: Hahnemann selected Camphor, Cuprum and Veratrum album for the prevention and cure of Asiatic cholera.

In aphorisms 100 to 102, He has given directions on the evaluation of group simillimum of a specific epidemic. According to him, a carefully observing physician can easily construct a clear picture of the prevailing epidemic by examining even the first and second patient.

Only recently we have understood the genetic mutations in pathogens, but in those days, Hahnemann identified the unique features of each episode of epidemics, and he suggested observing the same to identify the preventive and curative remedy.

In spite of his strong suggestion, a few followers were against genus epidemicus. He wrote in his lesser writings, “Who can deny that the perfect prevention of infection from this devastating scourge…. discover.” (Page 377)

He did not give a prophylactic remedy unless there was a clear and present danger of contracting the disease, and he had suggested waiting until the epidemic affects the nearby places.

Apart from the genus epidemicus, he also suggested good healthy diet, hygiene and healthy lifestyles for prophylaxis of diseases.

Boenninghausen He successfully used preventives during the cholera epidemic in Europe (1849). The mortality rate was 54-90% in conventional medicine, whereas Homeopathy had only 5 –16% mortality. In his lesser writings, he had mentioned about his experience on Thuja for the prevention of small pox. Once he said,“variolinum 200 is far supreme to crude vaccinations and absolutely safe”.

Herring In 1833 Hering had suggested Psorinum to prevent an infection of itch miasm.

Burnet  In 1884 Burnet suggested Vaccinum 30 as a preventive for small pox.

Dr H C Allen He used Diptherinum for 25 years as a preventive of Diptheria.

Boericke Under Baptisia, he writes, “Baptisia in lower dilutions produces a form of antibodies to the bacillus typhosus. It raises the natural body resistance to the invasion of bacillary intoxication”.

Dorothy shepherd She confirmed the effectiveness of Pertussin in the prevention of whooping cough.

Statistics
Dr Dudgeon: (1820-1904): He reported that 10 allopathic doctors used homeopathic doses of Belladonna on 1646 children as a preventive for scarlet fever, and only 123 cases had the infection. At the same time, 90% of people who had not taken Belladonna got the infection.

Dr Hufeland:  He supported the use of Belladonna as a preventive against scarlet fever, hence, the government of Prussia made its use mandatory in 1838 during an epidemic of scarlet fever.

Dr Eaton:  In 1907, he collated the results of several doctors in Lowa during a smallpox epidemic. As a prophylaxis to small pox, 2806 persons were given Variolinum 30. Out of these 2806 people, 547 persons had definite exposure to small pox. The response was very encouraging. Only 14 cases got the infection, which means the prophylaxis was 97% effective.

W A Pearson: In 1918, W A Pearson of Philadelphia collected 26795 cases of influenza treated with Gelsemium by various homeopathic physicians. The mortality was only 1.05%, but the mortality of cases treated by conventional medicine was 30%.

Dr Isaac Golden: He conducted a survey among the customers who had purchased his prophylactic kit against diseases like pertussis, diphtheria, mumps, measles, influenza, tetanus, and poliomyelitis. He then conducted a follow-up survey by sending a questionnaire between 1988 to 1994 to each parents. He received 879 replies, out of which, only 2% of children got the infection. Out of 188 children who had definite exposure, only 20 got infected, that too with fewer troubles. There were no adverse effects from the programme. The repeated doses actually helped for the long-term prevention.

USA: The homeopaths who worked for the public health departments in USA gained great experience by using the nosodes against smallpox epidemics.

Cuba: In October-Nov 2007, researchers at Finlay institute, Cuba, reported on their successful use of homeopathic remedy for the prevention of Leptospirosis. They prepared 200c nosode from various strains of the organism, and given to 2.4 million people. There was dramatic decrease in morbidity and reached to zero mortality of hospitalized patients.

India: In almost all states in India, homeopathic preventive medicines were distributed during the epidemics of Japanese encephalitis, Swine flue, Chinkungunya, Chickenpox, Conjunctivitis, Dengue, etc. The responses from the various sources are quite favorable. The success story of prophylaxis from Andhra pradesh was a much-discussed topic in the public media. The Central Council For Research in Homoeopathy (CCRH) is always vigilant on the outbreak of epidemic. They have special research centers to conduct studies on prophylaxis. CCRH also conducted studies on the efficacy of prevention of Japanese Encephalitis in states like UP, WB, AP, Assam (1986-1999). The result was excellent. In India, homeopathic preventives are also distributed by NRHM, State Government departments, Homeopathic colleges, organizations and practitioners. The Government of Kerala has got a special body called RAECH (Rapid Action Epidemic Control cell Homeopathy), which is under the control of the department of homeopathy. It includes medical officers, members from various organizations and also private practitioners in each area.

Secret survey among the Homeopaths on their attitude towards prophylaxis
100 homeopaths were randomly selected from the facebook, and a message was sent with a list of 9 choices, i.e. from A to I, and asked to reply before 6 PM on 20-9-11 (IST)

Here is the response:

A. I support prophylaxis, and give the same to my patients: 23%

C. I do not support, but do not oppose when others give: 4%

D. I am not interested, but whenever patients request, I give: 4%

E. I do not support, and always oppose in the public media: 0%

G. Neither support nor oppose: 1%

I.  Did not respond within the specified time period: 61%

Result: Out of 39 doctors who responded, 58.9% support prophylaxis and they often give the same to their patients.  61 doctors did not reply since they rarely visit facebook!

Steps to solve the controversies

A. Primary steps before giving prophylaxis:

B. Selection and administration of the remedy

Conclusion
There is an urgent need for research-based trials, most importantly, with proper documentation of outcome of prophylaxis. There should be more special research centers for conducting research on prophylaxis, and in each areas, there must be a team of experts for drug selection under the guidance of experts from the research centers, and to conduct prophylactic camps with the support of government, organizations and local agencies. A joint venture is needed in this regard, and a scientific approach can definitely alleviate the related issues.

Before I conclude, I would request all homeopaths to join the hands together and work for the popularity of this science. We should interact with the homeopaths allover the world, and try to solve the issues affecting the growth of our system, and resist the attacks we suffer from different corners.

At the end, let me quote and ancient saying – If not now, then when? If not we then who?