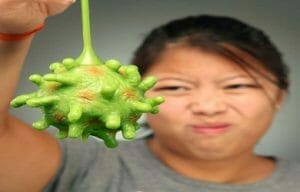 According to shape bacteria are classified into

Cultural media may be a complex medic if ingredients are added for special purpose of growth.

DICK TEST:- this test is used to identify children susceptible to scarlet fever (scarlet fever is a type of acute pharyngitis with extensive rash caused by str.pyogens

SCHULRZ CHARTON reaction:- blanching of rash on localinfection convalescent serum. This is used as a diagnostic test in scarlet fever.

The enzyme sternodornase present in the str.cocci helps to liquefy pus and hence responsible for serous character of pus.

B.anthracis :- first pathogenic bacteria observed under microscope and it is the first bacillus to be isolated in pure culture and first bacterium used for preparation of attenuated vaccine.

M-Fayden’s reaction:- used for presumptive diagnosis of anthrax in animals

ANTRAX is a zoonosis

Wool sorter’s disease due to inhalation of dust from infected wool. There is haemorrhagic pneumonia. Haemorrhagic meningitis is a complication.

Lab diagnosis is by immunofluoroscence

Also causes gangrene characterized by high mortality and large amount of oedema fluid with little or no observable gas.

Caused by B. melitensis – Brucellosis is primarily a disease of reticuloendothelial system

Leprosy is a chronic granulomatous disease.

Actinomycosis is a chrnic granulomatous infection characterized by development of indurated swelling mainly in connective tissue with suppuration and discharge of sulphur granules. Actinomycosis in human being is an endogenous infection. Actinomycetes Israeli is the causative organism.

Actinomycetes mycetoma( Madura mycosis)
It is a localized chronic granulomatous involvement of subcuteneous and deeper tissue affecting foot and less commonly hands and presenting as a tumour with multiple discharging sinuses.