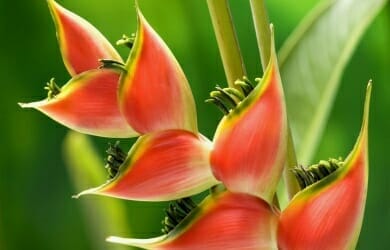 How the doctrine of signature has been applied in Homoeopathy? This article is an attempt to explore the answers to these questions.

Introduction: Doctrine of signature / Organoleptic sense is the relation between the external physical characters of drug substances and the signs and symptoms of the medicines produced during pathogenetic trial on healthy human beings. It is one of the sources of our materia medica. The Oxford Dictionary defines ‘Doctrine’ as “what is taught; a body of instructions”; “a set of principles”. It is another term for the “Hermetic Law of Correspondence”. The second source of the virtues of drugs, as ascribed to them in the materia medica, has, it is alleged, a sure foundation, viz. their sensible properties, from which their action may be inferred. Determining the medicinal powers of crude drugs from their signatures, that is, from their colour and form, gave the testicle-shaped Orchis root in order to restore manly, vigour; the phallus impudicus, to strengthen weak erections; ascribed to the yellow turmeric the power of curing jaundice and considered hypericum perforatum (St. John’s blood) whose whole yellow flowers on being crushed yield a red juice, useful in hemorrhages and wounds. But the doctrine of signatures is recognized by scientists as superstition. According to the scientists as the links are not causal, any link is purely coincidental and can be disregarded. There is no evidence that plant signatures helped in the discovery of medical uses of the plants.

History: Signature plants were probably first recognized in ancient China. They classified and correlated plant features to human organs – as -Black and Salty -> Lungs, Green and Sour -> Liver, Red and Bitter -> Heart, Yellow and Sweet -> Spleen. In the Chinese medicine, the Primitive Male (Yang) was associated with strongly acting plants – ailments of the upper half of the body were treated with upper parts of plants. The Primitive Female (Yin) was associated with moderate acting plants – ailments of lower half of the body were treated with below-ground parts of the plant. In Western Cultures, the concept of doctrine of signature emerged in medical science during the middle Ages when people believed that human destiny was determined by stars and everything upon the earth was erected for the sake of mankind. Each plant had magic power, either to benefit or to destroy. The philosophy shared by herbalists from the time of Dioscorides and Galen is still reflected in the common names of some plants whose coincidental shapes and colors reminded us of their seats of actions. The most famous advocate of plants’ signature was Philippus Aureolus Theophrastus Bombastus von Hohenheim – who later adopted the Latin name and was well-known as Paracelsus (1493 – 1541).

The Christian European metaphysics expanded the philosophy of doctrine of signature in theology. According to the Christian version, the Creator had so set his marks upon the Creation, that by careful observation, one could find all right doctrine represented and even learn the uses of a plant from some aspects of its form or place of growing. Some evidence of the existence of this doctrine has been found in the folk medicine of Israel. The research reported 14 plants (with folk medicinal uses) based on the Doctrine of Signature.

Organoleptic sense in Homeopathy:  The doctrine of signature can be observed from the general therapeutic study of a drug. Examples are as follows:-

Views of some stalwarts: The Doctrine of signature has been used by many stalwarts in search of the drug substances.

“Digitalis must be used in blood dyscrasia – because its flowers are adorned with blood-coloured dots. Euphrasia (Eyebright) was famous, from ancient times, as a medicine for the eyes – because it had a black spot in its corolla – which looked like a pupil. “(Fig.1) – Dr. von Grauvougl.

“The   lungs of a fox must be specific against asthma – because this animal has a very vigorous respiration. Hypericum, having red juice, ought, therefore, to be use in hæmorrhage. Euphorbia, having a milky juice, must be good for increasing the flow of milk. Sticta, having some likeness to the lungs, was called pulmonaria (Lung wort) – and esteemed as a remedy for pulmonary complaints.” – Dr. William Boericke .

“We see that the internal character of a man is often expressed in his exterior appearance, even in the manner of his walking, and in the sound of his voice. Likewise the hidden character of things is to a certain extent expressed in their outward forms.” – Dr. Paracelsus.

Many other stalwarts like Dr. C Hering, Dr. C.M. Boger, Dr H.A.Roberts and Dr.J.C.Burnett  had supporting attitude towards this doctrine. In the introduction of the remedy Magnesia Carbonica, Dr.J.H. Clarke wrote that it is often found that the physical characteristics of the substances correspond with their dynamic influences. The second reference supporting the doctrine of signature in the Clark’s Materia Medica will be found in the introduction of Magnesia Phosphorica, where he mentioned that there are other means besides proving of finding the keynote symptoms of remedies.

But master Hahnemann was strongly against this concept because of his aversion to all sorts of speculations. In the footnote of aphorism 108, he says, “not one single physician, as far as I know during the previous two thousand five hundred years, thought of this so natural, so absolutely necessary and only genuine mode of testing medicines for their pure and peculiar effect in deranging the health of the man, in order to learn what morbid state each medicine is capable of curing, except the great and immortal Albrecht Von Haller.”

In the 110th aphorism master Hahnemann says,“……….and that the only possible way to ascertain their medicinal  powers is to  observe those changes  of  health medicines are capable of producing in the  healthy organism; for the pure, peculiar powers of medicines available for the cure of disease  are  to be learned neither  by any  ingenious a priori speculations, nor by the smell, taste or appearance of the drugs, nor  by  their chemical analysis, nor yet by  the employment of several of  them at one time in a mixture  (prescription)  in diseases;…..”. Master Hahnemann also makes the claim on the virtue of the book he wrote, “Fragmenta de viribus medicamentorum positivis Sive in sano corpore humano observatis” in 1805 which is the first recorded catalogue of effects of medicine on healthy human beings.

Anthelme Brillat-Savarin wrote, in Physiol gie du Gout, ou Meditations de Gastronomie Transcendante (1826): “Dis-moi ce que tu manges, je te dirai ce que tu es” [Tell me what you eat and I will tell you what you are]. In an essay concerning spiritualism and materialism (1863-64), Ludwig Andreas Feuerbach wrote: “Der mensch ist was er ißt”- that translates into English as ‘man is what he eats’. Many foods can be considered as nature’s amazing pharmacy. Some of these foods and their correspondences are as follows: —-

CELERY: Celery look just like bones. This food specifically target bone strength. Bones are 23% sodium and these foods are 23% Sodium.

CITRUS FRUITS: Grapes, oranges and other Citrus fruits look just like the mammary glands of the female and actually assist the health of the breasts and the movement of lymph in and out of the breasts.

GRAPES: Many grapes hang in a cluster that has the shape of the heart. Each grape looks like a blood cell and all of the research today shows that grapes are also profound heart and blood vitalizing food.

OLIVES: Olives assist the health and function of the ovaries.

ONIONS: Onions look like body cells. Today’s research shows that onions help clear waste materials from all of the body cells. They even produce tears which wash the epithelial layers of the eyes.

PEANUTS: Peanuts (containing Arginine) have a profound effect on the testicles and sexual libido.

SWEET POTATOES: Sweet potatoes look like the pancreas and actually balance the glycaemic index of diabetics.

WALNUTS: A walnut looks like a little Brain, a Left & Right Hemisphere, Upper Cerebrums & Lower Cerebellums. Even the wrinkles or folds are on the nut just like the Neo-cortex. We now know that walnuts help develop over 3 dozen neuro-transmitters for brain function. In the 17th Century, the Botanists & herbalist, William Edward Coles (1626 – 1662), the author of the art of simpling and Adam in Eden, stated that “Walnuts were good for curing head ailments because they have the perfect signatures for the head.”

Cosmic/ Planetary Doctrine of Signature: Robin Murphy in his Materia Medica (Homoeopathic Remedy Guide), emphasize the ‘cosmic doctrine’ of the particular medicine. The fundamental framework of the 03 disciplines [viz. herbalist, alchemist & astrologer] is anchored in the 07 hermetic universal laws, one of which is the “law of correspondence” – i.e. the law that was plainly visible to those with a spiritual eye. In order to understand the doctrine of signature, it is essential to examine some of the basic principles and the way in which they manifest in the different realms of existence. They are —– The Sun represents the life-force in everything. It symbolizes the principles of strength, righteousness, virtue and honour, the Moon represents the yin principle, receptivity, sensitivity and yielding. It has an affinity with water, and rules the domain of the night, the unconscious mind, the world of dreams, fantasies and imagination (right brain), Mars signifies courage, strength ambition and drive. Without the get-up-and-go principle embodied by Mars, nothing would ever get done, Mercury signifies the qualities of rapid change, transmutation, learning and growing, Jupiter embodies the principle of generosity, expansiveness, justice and the process of maturation. His characteristics are grandeur, honour and wisdom, Venus symbolizes the pleasure principle. All things bright and beautiful are under her domain. Peacefulness, harmony and balance are her characteristics, Saturn embodies solidification, concentration and hardiness. He is the merciless teacher of duty and responsibility. The planetary constitution is determined by the day and hour of birth of the person. The summarized organic affinity of the planet is —–

Conclusion: The doctrine of signature was expounded in the medical texts in the 19th century. Even today, it has been given much importance in Homoeopathy. It helps to study the Materia medica in a literal style by comparing some symptoms, thereby making the subject more interesting. Voltaire said- “Faith consists in believing when it is beyond the power of reason to believe.” Therefore instead of debating on how reliable is the doctrine of signature, it shall be better to assess how useful it was and how it can be further useful in the future.