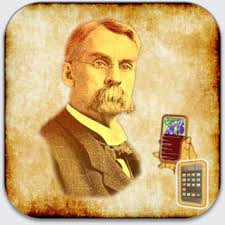 BIRTH
Born-1849,March 31st,Woodhull,NewYorkstate in the USA to Stephen Kent and his wife Caroline

Kent’s first wife Ellen died shortly after marriage at the tender age of 19He married again and his 2nd wife ,Lucy became seriously ill in 1878.

Professional Career-St.Louis ,Missouri as a practitioner of Eclectic school of Medicine.

Troubled with worsening state of health of his wife-she was bedridden with anaemia and sleeplessness and no cause could be elicited for her worsened health.

Neither the eclectic school  nor allopathic practioners could help her.

On wife’s insistence-a homoeopath was called for.

Kent was deeply impressed ,felt the need to study Homoeopathy.

Resigned his Chair of anatomy,

During these years he lost his wife,further plunged into homoeopathy.

Studied and rallied to the philosophy of Swedenborg.

1896-Called forth to treat Clara Louis Tobey-to be his later wife,herself an allopath turned homoeopath.Was being treated with Lachesis repeatedly by homoeopaths in all her previous consultations and Kent declared it a Medicamental Miasm.He cured her of the condition by proper antidotes and advised never to use Lachesis again.

Married her and with her help completed the works of The Philosophy,The Materia Medica and The Repertory.

1903-Successfully resolved the ongoing competition between Hering and Dunham Schools and incorporated both institutes into Hering Medical College of which Kent was first President.

1897- Repertory of the Homoeopathic Materia Medica

1916- after completing 3rd edition of the Repertory,on the insistence of his students took a vacation and went to Stevensville,Montana.He was suffering from CATARRHAL BRONCHITIS which developed into BRIGHT’S DISEASE and 2 weeks later ,on June 16 ,1916 he died.

NOTABLE CONTRIBUTIONS
He  is  looked upon as one of the best teachers and exponents of the homoeopathic school of america
More than  40 yrs of medical practice and over 30 yrs of teaching experience .