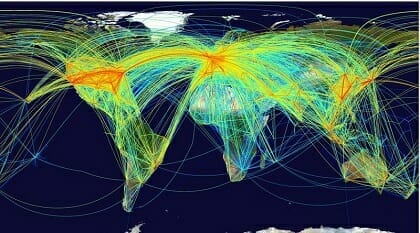 Objective
The objective of this article is to provide the Government authorized Homoeopathic Epidemic Control cells with guidelines on how to conduct post-epidemic statistical studies.

The use of statistics is multifold in medicine. It is used to compare the efficacy of a particular drug or line of treatment. For this the percentage of people cured, relieved or died in an experiment and control groups is compared and difference due to chance or otherwise, is found by applying statistical techniques. The inferences thus drawn are used in policy making. It ultimately determines the allocation of states health funding.

Most of us homoeopaths are not oriented with statistical methods. This article aims to give an overview of how to do the post epidemic statistical study after the homoeopathic preventive measures (intervention) have been delivered.

The study design most suited to do a post epidemic study after a homoeopathic intervention (Genus Epidemics) has been provided is a Quasi-Experimental Design. When an epidemic breaks out in a locality due to ethical considerations, we cannot deny an intervention known to be effective in controlling an epidemic. We do not assign which cases are to be provided the preventive and which cases placebo so as to be kept as controls during the study. Thus, the ‘gold standard’ of biostatistics, ie. A Randomized Control Trial cannot be conducted during a post- epidemic study. The next best option that we have is a quasi- experimental design.

A quasi-experiment is an empirical study used to estimate the causal impact of an intervention on its target population. Quasi-experimental research shares similarities with the traditional experimental design or randomized controlled trial, but they specifically lack the element of random assignment to treatment or control. Quasi-experiments are subject to concerns regarding internal validity, because the treatment and control groups may not be comparable at baseline. With random assignment, study participants have the same chance of being assigned to the intervention group or the comparison group. As a result, differences between groups on both observed and unobserved characteristics would be due to chance, rather than to a systematic factor related to treatment. Randomization itself does not guarantee that groups will be equivalent at baseline. Any change in characteristics post-intervention is likely attributable to the intervention. With quasi-experimental studies, it may not be possible to convincingly demonstrate a causal link between the treatment condition and observed outcomes. This is particularly true if there are confounding variables that cannot be controlled or accounted for. But this type of design is our best available option for post epidemic study in homoeopathy to assess if our Genus epidemicus for an epidemic has a positive effect in controlling an epidemic in comparison with the epidemic subsiding due to ‘chance’ (a natural regression of the epidemic)

Next we will define the population and the sampling technique to be used. Care must be taken so as to ensure that the samples taken are representative of the population characteristics. Usually homoeopathic interventions are delivered over large geographical areas to control the epidemic. Thus, the sampling technique that I found the easiest to implement and be representative of the affected population is ‘STRTIFIED AREA SAMPLING WITH SYSTEMATIC SAMPLING AT THE HO– USEHOLD LEVEL’. Randomization using tools like ‘Snedecor’s Random table’ should be incorporated at each step during the sampling process.

I will illustrate the sampling technique that we used in 2003 for the first post epidemic study in the whole world of such magnitude (in 50 lakh population). Requests from residential associations for preventive delivery were considered and 10% of this was selected using table of random numbers. Our data collectors and enumerators visited every 5th house in the selected resident associations. The starting house from which every next 5th house is selected was again determined using randomization tables. Thus, one could see that we have tried to incorporate randomization in every possible instance to get a sample which is truly representative of the population considered.

TOOL FOR DATA COLLECTION- THE POST EPIDEMIC SURVEY QUESTIONNAIRE
Though open ended questions are the best, it would be difficult to sieve through descriptive answers thus a mixture of Partially Categorized and Close Ended questions are used. I would give a sample tool that was used by me during the first epidemic survey.

Very good tools should be prepared for specific diseases incorporating diagnostic criteria as described in ICD 10 from the World Health Organization. Care should to be taken to add questions to assess the causative and environmental factors which lead to the epidemic. Economic impact of the epidemic should also be assessed.

TABULATION: The tabulation of  the data thus received can be done manually or  using softwares like Epiinfo.

A test result is called statistically significant if it has been predicted as unlikely to have occurred by sampling error alone, according to a threshold probability—the significance level. Hypothesis tests are used in determining what outcomes of a study would lead to a rejection of the null hypothesis for a pre-specified level of significance. The process of distinguishing between the null hypothesis and the alternative hypothesis is aided by identifying two conceptual types of errors (type 1 & type 2), and by specifying parametric limits on e.g. how much type 1 error will be permitted.

The following steps have to be done before a statistical hypothesis test:

The statistical test best suited for our purpose is the CHI-SQUARE TEST.

CHI-SQUARE TEST ():
This is a non-parametric test which involves the calculation of a quantity called chi-square () and is usually used in the following important applications

Qualitative data are presented in their actual frequencies in a 2×2 contingency table.

The χ2 test for independence

Where n= a+b+c+d without Yates correction

Other parametric and non-parametric tests like the Wilcoxon Signed Rank test, MANOVA (Multivariate Analysis of Variance) and the Mann-Whitney U Test can also be used. The type of test to be used depends on the nature of data derived from the survey questionnaire.

I will illustrate what I have described above using the first study in this field in 2003-04 done by myself and Professor Hameed Labba, Head of Department of Statistics, University College, Thiruvananthapuram.

SURVEY RESULTS ON THE EFFICACY OF HOMOEOPATHIC PREVENTIVE MEDICINE FOR DENGUE AND VIRAL FEVER – 2003.

Materials and methods
After detailed analysis of the Dengue cases in Thiruvananthapuram and Kollam districts of Kerala, the Genus Epidemics Eupatorium Perfoliatum was selected. The 200th centesimal potency of this medicine was given in 15 doses (3 doses daily for 5 consecutive days). The distribution was done by the Homoeopathic medical students, the NGO’s and Residential associations. The efficacy study was conducted one month after the distribution of the preventive medicine.

Thus we selected 15 x 67 = 1005 samples (families). We surveyed the 1005 families frequently. After 3 weeks of survey we received the following data –

H0 – the homoeopathic preventive medicine and the attack of viral fever are independent; the medicine is not effective in preventing the disease

H1 – the homoeopathic preventive medicine has effect on the attack of viral fever; they are not independent

Statistical test (chi – square test)
For testing the null hypothesis, we are using the χ2 test for independence. We put the two attributes in two rows and two columns – 2 x 2 contingency table.

If the calculated value (χ2) is greater than the table value (χα 2) we can reject the H0 , the null hypothesis.

So we can reject the hypothesis H0, i.e., the medicine and the attacks of viral fever are independent.

That is, the homoeopathic preventive medicine is effective to prevent Dengue and other viral fever.

To check the effectiveness of the homoeopathic preventive medicines

The percentage of the infected persons who have taken the preventive medicine (Out of 1005 samples, 869 samples consumed medicine)

From these results we can conclude that the homoeopathic medicine is highly effective in preventing viral fever.

Similar studies were done by Dr. Dinesh. R.S and Dr.Joby. J in 2005 epidemic and by Dr. Dinesh.R.S and Dr. Rejikumar et.al in 2006. A study on the prophylactic Efficacy of Homoeopathic Preventive Medicine against Chikugunya fever by Dr. Rejikumar et al showed 82.19 % efficacy for the 200th potency of Eup perfoliatum in the control of Chikugunya fever. This study was coordinated and verified by Dr. S. Sajith Kumar, M.D, Asst Proff, Dept of Community Medicine, Medical College, Thiruvananthapuram.

The Govt of Kerala has formulated a Rapid Action Epidemic Control Cell Homoeopathy (RAECH) under the Department of Homoeopathy after going through my report. It is the sincere wish of the authors that the other state governments in India would also take up similar ventures.