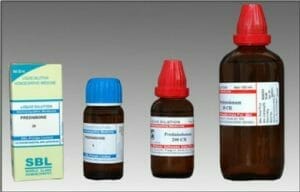 The 6th edition of the Organon has an interesting but rather colourful history. The 5 edition, published in 1833, was long out of print when Hahnemann was in Paris, he wrote a letter dated 20 February 1842, to SCHAUB, his publisher in Dussel Darf, saying that- ” I have now after eighteen months of work, finished the 6th edition of my Organon’ the most nearly perfect of all “.

But this great work of Hahnemann was waiting to be published due to Ms death. The 6™ edition was published by Richard Haehl in German in 1921, 78 years after Hahnemann’s death, and translated from German to English by Dr. W.Boericke.

“Historically, the book in its 61 edition is of the greatest interest and importance, completing as it does the marvelous array of Hahnemann’s philosophic insight into the practice of medicine”. (Translator’s preface- 6th edition)

Hahnemann made many changes and same additions in his revision of the 5 edition of his Organon, the most important of which is what he terms his ” New and improved method” for repetition of the dose, given in paragraphs 248 and 273. Other changes and additions, for the most part, merely amplify his former teachings.

The mode of preparation of medicine, its dynamisation and application are novel. Hahnemann called it ‘the perfected method’, ‘the new dynamization method9. Herein lies the qualitative superiority of the 6th over the 5 edition.

Name and Sign of New Method
Potencies of this method go by different names and abbreviations. Such as

Hahnemann Said In Footnote To Aphorism 246 In The 6™ Edition
“What I said in the fifth edition of the Organon, in a long note to this paragraph in order to prevent these undesirable reactions of the vital energy, was all that the experience I then had justified. But during the last four or five years, however, all these difficulties are wholly solved by my new altered but perfected method”.

Every Practitioner of Homoeopathy Must Bear In Mind That
“The Physician’s high and only mission is to restore the sick to health, to cure as it is termed”. (Aph 1)  And

The highest ideal of cure is rapid, gentle and permanent restoration of the healthy or removal and annihilation of the disease in its whole extent, in the shortest, most reliable, and most harmless way, on easily comprehensible principles”. (Aph 2)

The most important question of administration of well selected remedy in accordance with the principles of Similia, i.e. the selection of dose, potency and intervals at which it my need any repetition.

Every time he advice us to follow the law of simplex.

Dr. Hahnemann said about 50 Millesimal Potency
“But the method described by me, on the contrary, produces medicines of highest development of power and mildest action, which, however, if well chosen, touches all suffering parts curatively” (Footnote 155 Aph. 270)

Medicinal aggravations which are a common feature of the centesimal scale no longer exist in the new method ” such increase of the original symptoms of chronic disease can appear only at the end of the treatment when the cure is almost or quite finished. So the question of “,- Furious, even dangerous, violence’. Of centesimal scale does not arise in 50 millesimal scale.

During the action of one dose of medicine of centesimal scale, the second dose could not be repeated in spite of the presence of disease symptoms in the organism, but, The same carefully selected medicine may now be given daily and for months, if necessary in this way, namely, after the lower degree of potency has been used for one or two weeks in the treatment of chronic disease, advance is made in the same way to higher degrees, (beginning according to the new dynamization method, taught herewith with the use of the lowest degrees). (Aph. 246)

Dr. Hahnemann further stated that “…. every correctly chosen homoeopathic medicine, even those whose action is of long duration, may be repeated daily for months with ever increasing success’. (Aph. 248)

Administration and Preparation of Medicine
“Made in 40, 30, 20, 15 or 8 tablespoonfuls of water with the addition of some alcohol or a piece of charcoal in order to preserve it. If charcoal is used, it is suspended by means of a thread in the vial and is taken out when the vial is successed. The solution of the medicinal globule (and it is rarely necessary to use more than one globule) of a thoroughly potentized medicine in a large quantify of water can be obviated by making a solution in only 7-8 tablespoonfuls of water and after thorough succession of the vial take from it one tablespoonful and put it in a glass of water (containing about 7 to 8 spoonfuls), this stirred thoroughly and then give a dose to the patient If he is unusually excited and sensitive, a teaspoonful of this solution may be put in a second glass of water, thoroughly stirred and teaspoonful doses or more be given. There are patients of so great sensitiveness that a third or fourth glass must be made fresh daily. The globule of the high potency is best crushed in a few grains of sugar of milk, which the patient can put in the vial and be dissolved in the requisite quantity of water”. (Footnote-134 Aph. 248)

In acute diseases
The small doses of the lowest dynamization degrees of these thus perfected medicinal preparations, even of medicines of long continued action (for instance, belladonna) may be repeated in short intervals”.

In Chronic Diseases
“In the treatment of chronic diseases, it is best to begin with the lowest degrees of dynamization and when necessary advance to higher, even more powerful but mildly acting degrees”. (Footnote 155 Aph. 270)

Dr. Hahnemann stated that potentisation of medicine in his perfected method- ”  becomes’ uncommonly evident that the material part by means of such dynamizafion (development of its true, inner medicinal essence) will ultimately dissolve info ifs Individual spirit-like, (conceptual) essence. In its crude state therefore, if may be considered to consist really only off/us undeveloped conceptual essence”. (Footnote 156Aph. 270)

This 50 millesimal scale of potency is the highest advancement in the science and art of Homoeopathy up to this day. So it is the most precious it may be, it cannot give better result unless properly utilized. So we must be thoroughly conversant with the proper-administration of this new scale of potency. Otherwise we would fail to achieve the expected result in our practice.

Doses and Repetition ( Aph 248)
Administration of medicine is also different in three categories.

1) In very urgent cases every hour or oftener. (i.e. in these cases we may apply medicine every 5, 10, 20 or 30 minutes as necessary)
2) In acute diseases every two to six hours
3) In long lasting diseases daily or every second day.

There are the general laws of application of medicine of 50 millesimal scale- Hahnemann said, ” On the other hand, should there appear during almost daily repetition of the well indicated homoeopathic remedy, towards the end of the treatment of a chronic disease, so-called (Aph 161) homoeopathic aggravations by which the ‘ balance of the morbid symptoms seem to again increase somewhat (the medicinal disease, similar to the original, now alone persistently manifests itself), the doses in that case must then be reduced still further and repeated in longer intervals and possibly stopped several days, in order to see if the convalescence need no further medicinal aid. The apparent symptoms (Schein – Syndrome) caused by the excess of the homoeopathic medicine will soon disappear and leave undisturbed health in its wake”. (Aph.248)

In Place Of One Dose, Now Many Divided Doses
” The same carefully selected medicine may now be given daily and for months in gradually increased potencies and changes doses…” (Footnote 132 Aph 246)

“Thus in chronic diseases, every correctly chosen homoeopathic medicine, even those whose action is of long duration, may be repeated daily for months with ever increasing success”. (Aph. 248)

How Long First Prescription Will Continue
“The dose of medicine (of the first prescription) that acts without producing new troublesome symptoms in to be continued while gradually ascending, so long as the patient with general improvement, begins to feel in the mild degree the return to of one or several old original complaints”. (Aph 248,280)

From What Potency To Start Treatment
“Treatment of any patient, both acute and chronic, is to be started from the lowest degree of dynamization and advance is made in the same way to higher degrees, as and when necessary, in gradually ever more powerful but mildly acting degree”. (Footnote Aph 246,270)

The latest method is safer because, “…in this method we can produce medicines of highest development of power and mildest action, which however if well chosen touches all sufferings parts curatively”. (Footnote Aph 270)

Limitation Of Potencies In The New Method
The Organon has recommended potencies from LM/1 to LM/30 only.

Antidote During Aggravation
“Every medicine prescribed for a case of disease which, in the course of its action produces new and troublesome symptoms not pertaining to the disease to be cured, is not capable of effecting real improvement, and cannot be considered as ‘ homoeopathically selected; it must, therefore, either, if the aggravation be considerable, be first partially neutralized as soon as possible by an antidote before giving the next remedy chosen more accurately according to similarity of action; or, if the troublesome symptoms be not very violent, the next remedy must be given immediately, in order to take the place of the improperly selected one“. (Aph 249)

Advantages Of 50 Millesimal Potencies Over Decimal And Centesimal Potencies
1) Rapid and gentle cure of acute and chronic diseases: — The greatest boon to the profession the causes of treatment may be minimized to one half” one quarter or even still mitigated.
2) Require no Antidote: – This is another great advantages.
3) Highest development of power: – The most powerful in action.
4) Mildest reaction: – can be safely administered even in most fatal cases without fear of furious and dangerous medicinal aggravation.
5) Frequent repetition permissible: – Even medicines of long continual action may be repeated as and when necessary
6) Observation is very easy: – Observation of patient after administration of medicine is very easy.

In centesimal scale, medicines can’t be applied repeatedly in spite of the presence of disease symptoms. But in the. new method of medicines are to be used again and again and the vitality is able to extinguish or assail the diseases quickly by being assisted by the frequent doses of medicines this is why cure comes quicker than expected in one fourth or lessee period of time than it does in the former method.

50 millesimal potencies – the hidden treasures of the 6th  edition of Organon.-the out come of the life long experiment of the master Hahnemann.