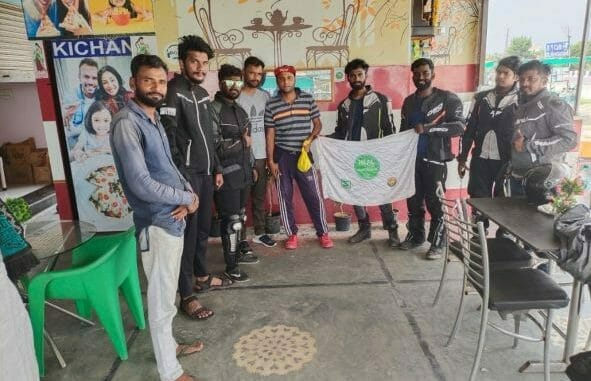 Mega Homoeopathy Campaign with the name “HEAL WITH HOMEOPATHY” conducted by Dr. Selvan Senthil Kumar from Dharavi and team “WANDERERZ ON WHEELS”.

This was possibly the World’s first Homeopathy campaign which was held in such a way through the means of bike riding specifically in some of the highest places. The team also distributed free Homeopathic first-aid kits at prominent high-altitude locations like India’s highest post office, India’s highest motor road, military personnel, etc.

We accomplished the campaign by covering all remote areas and cities and giving awareness about Homeopathy and its benefits and educating the people in need.

So we have planned to create a magazine based on this campaign sharing our experience during the trip, regarding the places we covered, the natural calamities and other problems that we faced etc.