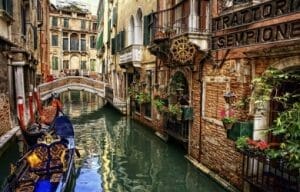 Homeopathy was introduced into the UK by Dr F H F Quin (1799-1878) in the 1830’s. Born and schooled privately in London, Quin was of aristocratic birth, and is widely regarded as the love-child of Lady Elizabeth Cavendish (1758-1824), the Duchess of Devonshire and Sir Valentine Richard Quin, 1st Earl of Dunraven (1752-1824, visit the Dunraven webpage). Along with the Dukes of Westminster and Marlborough, the Dukes of Devonshire were at that time among the top five richest families in Britain (see Cannadine).

After graduating MD in 1820 in Edinburgh (his thesis was about Arsenic poisoning), Dr Quin then became the Duchess’s family physician and travelled with her entourage. He met Hahnemann, and travelled extensively in Europe, residing for a time both in Rome and Naples. He successfully used Camphor against Cholera in Moravia (Czechoslovakia) and cured himself of the condition on Hahnemann’s advice (Bradford, Cook, Hobhouse, Haehl). During the

1830’s and 40’s he was often in Paris among the inner circle of Hahnemann’s protégés. He was a lifelong asthmatic, which was eased by homeopathic treatment.

A fluent French-speaker and francophile, Quin was revered by the French as Hahnemann’s greatest successor, and appointed on Hahnemann’s death as the Honorary President of the Gallic Homeopathic Society (see Bonnard, p.32 and Blackie, p.29): a post he held until his death. Whenever he attended their meetings, Quin could occupy the special chair which had been originally created for Hahnemann, and which always remained empty in his absence (see Haehl, Vol 1, 233, 429; Blackie pp.26-29).

He introduced homeopathy into the very highest levels of English society: to Dukes, Counts, Lords, minor Royals and Baronets [Leary, 1998, pp.252-3]. That was the world he was at ease with and in which he had moved since birth. As a young man he was a very popular socialite and wit on the fashionable London circuit, a great friend of Charles Dickens (1812-1870), William Thackeray (1811-1863) and the Royal portraitist, Sir Edwin Landseer (1802-1873), amongst many others, and no society party, or social gathering, it was said, was complete without him. By nature of a very pleasing disposition, he was a man of great personal charm (Leary, 1998, p.252). He was also latterly one of the regular dining partners of Edward, Prince of Wales (1841-1910), the future King Edward VII (Leary, 1998, p.252-3; see also Hobhouse, p.248;

Handley, p.99 and Quin’s entry in the Dictionary of National Biography). As a measure of the respect and affection with which he regarded Dr Quin, the Prince sent four empty horse-drawn royal carriages to join the cortege at his funeral: probably the highest honour ever paid by a Royal to a commoner.