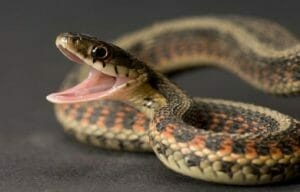 What your mind does not know, your eyes can’t see”. So to have a clear perception and observation. One must have clear understanding of the subject proper. At the same time the, most important part in the Homoeopathic practice is proper observation and assessment of changes effected by the administration of seemingly similar remedy. Much time is allotted for taking the case and making the first prescription but same amount of hard work and attention is not applied while assessing the changes effected by the remedy. In fact it is important step upon which the successful prescribing very largely depends.

We must be able to listen carefully to the patients report and from it and with our powers of observation; we can determine what the remedy is doing. We know that when the remedy is administered there are different possibilities viz, no change {status quo}, amelioration of symptoms in character or degree and aggravation of symptoms.

The common mistakes committed or obstacles in assessing the changes after administration of drugs are mainly two types
I. Physician oriented
II. Patient Oriented

Physician oriented:
1. Defective Orientation: The’ first and foremost important obstacle is that the physician is not properly oriented in the assessment of changes effected by the remedy. Each individual class of disease requires different types of prognostic criteria nd accordingly the physician has to observe the changes. The prognostic criteria fixed or the one sided cases is different from that of a full blown case, If the physicians fails to discriminate it leads to chaos.

2. Inadequate Attention: Owing to the time constraint or impatience one may fail to observe the changes effected by the similar remedy right in front leading to non observation or mal-observation resulting in faulty conclusion.

Patient Oriented:
I. Insensitive: Lack of sensitivity on the part of the patient leads to failure to appreciate the minutest changes in the symptomatology. All his attention is towards the more nagging common symptom. Ex. In pyrexia, when you prescribe for fever, the patient expects a sudden fall in temperature and if, on contrary there is gradual decrease of temperature, he may fail to appreciate the gradual decrease and may report as no change in the fever even though other concomitants of fever are reduced like restlessness, body pains, appetite, and thirst pattern. On the other hand oversensitive (hypochondriac) patients also cause problem to physician in assessment change as they exaggerate the symptomatology.

The possible responses after administration of medicine are

Different possibilities for status quo and action to be taken in those cases.

3] Potency selected is wrong
Even though if the medicine is similar to the patient’s symptamatology but the potency is not matched in these cases also we observe no action what so ever. Asses properly the level of the susceptibility of the patient and match it with the exact potency

Aggravation of symptoms after administration of medicine may be

Patient experiences a quick, short and strong aggravation, followed by quick improvement, the improvement being long lasting. T he slight aggravation of the symptoms that occurs in the first hours after the remedy in an acute sickness, or during the first few days in a chronic case.

What to do?
Wait and watch is the important rule in these types of cases. Do not interfere in the action of the medicine.

Medicinal aggravation:
After administering the medicine there are new array of symptoms, which are not present earlier and these were produced by the drug. This is the state where surplus susceptibility is induced by giving medicine in higher potencies or frequent repetition of the medicine. It is also observed in oversensitive and idiosyncratic persons as they prove every remedy they get; patients inclined to be hysterical, overwrought, and oversensitive to all things. The patient is said to have an idiosyncrasy to everything, and these oversensitive patients are often incurable. Many of them are born with this sensitivity and they will die with it; they are not capable of rising above this over-irritable and over-wrought state.
Amelioration
Aggravation

The knowledge of Materia Medica will help in distinguishing it from other types of aggravation.
What to do?
Give the medicine in appropriate potencies.

Disease aggravation:
After administration of the medicine there are new array of symptoms, which are not present earlier and not present in the provings these were produced by the natural progression of the disease. This type of aggravation is most commonly seen where the medicine is not the similar to the given case and also is seen in those cases where marked irreversible tissue changes are present. Knowledge of clinical medicine will help in differentiating it among the other types of aggravations. Judicious use of mv estigatory procedures will also help in diagnosing the disease aggravation.
Review the Totality and try to find the most similar drug [ relation to pathology] Review the plan of treatment [ palliative line of treatment]

After administration of medicine there may be relief of some symptoms without corresponding general improvement and positive change in generalities like appetite bowel movement, sleep, thirst etc. Some times the relief may not be in a definite orde and the symptoms wilt disappear in the same order of appearance leading to transformation of disease into more vital organs. This initial relief of symptoms is invariably followed by aggravation of symptoms. This type of partial relief is seen where the drug is partial similar covering only the more superficial symptoms and not covering the entire totality leading to palliation of troublesome symptoms & aggravation of original disease. Extensive irreversible tissue changes, absence of bodily organs and in cases of surgical suppressions like; hysterectomy, are all the conditions where partial relief of symptoms is only possible and these are the cases best suited for homoeopathic palliative treatment with out grabbing the vitality of the patient.

What to do:
1] Review the totality the given medicine is acting as partial similar drug.
2] Assess the extent of the underlying pathology. Presence of extensive irreversible tissue changes may hinder the complete recovery of the patient.
3] These are the cases best suited for palliative line of treatment.Cure is not possible in cases where there is absence and surgical removal of the bodily organs.

Complete relief of the symptoms [cure]
By far the most cherished and desired change a homoeopathic physician expects after administration of the medicine is complete relief of symptoms. The high and only mission of every physician is to attain this ideal cure. After administration of the medicine there is complete relief of symptoms with corresponding change in the generalities of the patient in a definite order. This is commonly observed in acute cases where there is superficial and reversible pathology with the administration of similar medicine symptoms disappear spontaneously with general well being of the patient &corresponding changes in all biochemical and serological tests. In the cases of chronic in nature, after the application of similar medicine, the patient improves slowly and in the Process we can also observe the appearance of old symptoms leaving behind a complete healthy state.

This type of complete relief of symptoms in definite order after administration of similar medicine shows that the patient’s susceptibility is intact, no exciting and maintaining causes are in operation & the underlying pathology is reversible in nature.