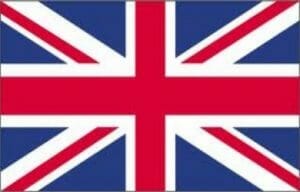 A two-part special report explains how homeopathy faces growing pressure in the UK, while it enjoys an remarkable boom in India.

The first part of the Special Report, written by Udani Samarasekera, The Lancet Senior Editor, writes about the anti-homeopathy movement which seems to have been gathering pace in the UK over the last couple of years. Anti-homeopathy campaigners are irritated by a symposium which will take place in London, on December 1st; it is looking at the role of homeopathy in HIV/AIDS treatment and is organized by the Society of Homeopaths.

Michael Baum, professor emeritus of surgery, UCL (University College London), a well-known critic of homeopathy, suggests that homeopaths are becoming overconfident. “People say homoeopathy cannot do any harm but when it is being promoted for HIV then there is a serious problem,” he said.

Baum, and UCL colleague David Colquhoun, among others sent a letter to all Primary Care Trusts in the United Kingdom expressing their concerns about homeopathy gaining a footing as part of the NHS (National Health Service). The anti-homeopathy campaign appears to have had an impact. The Tunbridge Wells Homeopathic Hospital, one of five hospitals that provided services on the NHS, stopped receiving funding. There has also been a drop in referrals to the London Homeopathic Hospital.

According to Baum, this success is because the public mistakenly believes homeopathy is an herbal medicine. “Although many herbal medicines are unproven, they, unlike homoeopathic remedies, have scientific plausibility.” A meta-analysis in The Lancet in 2005 and four other large meta-analyses have shown that the clinical effects of homoeopathic remedies are placebo effects. While some commentators feel there is a future in prescribing placebos if they make people feel better, Baum feels this would be “unethical and patronizing,” he explains.

Surprisingly, and to the dismay of several UK doctors and scientists, homeopathy received some unanticipated support. The MHRA (UK Medicines and Regulatory Agency) decreed that manufacturers will only be required to provide safety evidence and data on what the homeopathic remedy is traditionally used for – this is not the case with conventional medicines.

In Baum’s view, NICE (National Institute of Health and Clinical Excellence) should assess homeopathy and issue guidelines. According to a communication from the Department of Health to The Lancet, NICE already considers complementary therapies alongside conventional treatments when developing clinical guidelines – however, none of NICE’s current clinical guidelines recommend homeopathy for any condition.

Raekha Prasad, a journalist, writes about the booming homeopathy industry in India in the second part of the Special Edition. In India 100 million people depend exclusively on homeopathy for their health care. Prasad refers to the case of a man who sold his tractor worth 150,000 rupees (£1,800, $3,600) in order to purchase a miracle homeopathic cure for HIV. Unsurprisingly, the ‘cure’ had no effect and his condition worsened.

According to SP Singh, Indian Ministry of Health, homeopathy has no side-effects. He added that a small amount of medicine can help a large number of people. He adds “Homoeopathy has a biological effect..all homoeopathic medicines are therapeutically proven.” This is despite the fact that most evidence points the other way.

India is in a tiny minority in its recognition of homeopathy as a legitimate system of medicine.
Source : www.medicalnewstoday.com