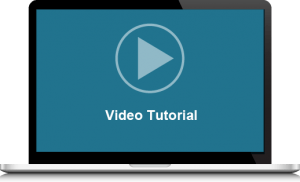 YDG Films and Amarsinh Nikam is all set to come up with a Marathi feature film ‘Pratisaad’ which will feature a realistic journey of a Homeopathic Hospital in Pune for last 15 years. Staring Sandeep Kulkarni and Anand Abhayankar and many more

We are all aware of Homeopathy; which is a method of treating disease with small amounts of remedies that, in large amounts in healthy people, produce symptoms similar to those being treated.

Homeopathy, always creating a revolution in the field of curing people in large numbers and gaining more and more popularity, it was dated back 1796 when Samuel Hahnemann, a brilliant doctor, who was behind this revolution. Here comes one more revolution on Homeopathy. A Marathi feature film, which will feature a realistic journey of a Homeopathic Hospital situated in Pune for last 15 years.
Staring Sandeep Kulkarni, Anand Abhayankar, Kishore Kadam, Nilam Shirke, Jayant Savarkar, Sunil Tawade, Siddheswar Zadbuke, Pragati Joshi, child artist Aman Atar and Aishwariya.

YDG Films and Amarsinh Nikam presents an Amar Aditya Production, Directed by Yogesh Dattatraya Gosavi, this Marathi feature film “Pratisaad” meaning “response” is coming soon for the viewers with an influential stroke and will be one of the most sensible movie of the Marathi Film Industry.

The movie will be technically sound and packed with powerhouse performances by great actors of the decade, who have lots of accolades to their credits. Cinematography by Film and Television Institute Of India pass out Dr Vikram Shrivastav and music is given by Rohit Nagbhide. Your eagerness to watch the film will be soon fulfilled, so cross your fingers to experience an extraordinary film of the year.