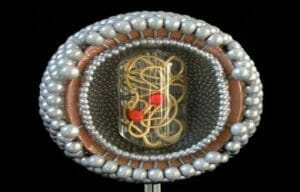 OBJECTIVE: This study was aimed to evaluate the immuno-modulator role of homeopathic remedies in Human Immunodeficiency Virus (HIV) infection.

METHODOLOGY: A randomised double blind clinical trial was conducted to compare the effect of homeopathic remedies with placebo, on CD4+ve T-lymphocytes in HIV infected individuals, conforming to Centres for Disease Control (CDC) stage II & III. 100 HIV+ve individuals between 18-50 y (71% males) were included in the study. 50 cases conformed to CDC stage II–Asymptomatic HIV infection, and 50 cases to CDC stage III–Persistent Generalised Lymphadenopathy (PGL). Cases were stratified according to their clinical status and CD4+ve lymphocyte counts. The randomisation charts were prepared much before the start of the trial by randomly assigning placebo and verum codes to registration numbers from 1 to 50. A single individualised homeopathic remedy was prescribed in each case and was followed up at intervals of 15 d to one month. A six months study was performed for each registered case. Assessment of progress was made by evaluation of CD+ve lymphocyte counts, which was the prospectively-defined main outcome measure of the study; the results were compared with the base line immune status.

CONCLUSION: The study suggests a possible role of homeopathic treatment in HIV infection in symptomatic phase, as evidenced by a statistically significant elevation of base line immune status in persistent generalised lymphadenopathy.

Background & Objectives:Encouraging results obtained from the pilot study (1989-1991) and randomized control trial (1995-1997) in HIV infection at Regional Research Institute (H), Mumbai, prompted Central Council for Research in Homoeopathy (CCRH) to carry out a multi-centric clinical trial with an objective to evaluate the role of homoeopathic medicines in the treatment of HIV infection, to help delay in progression of infection and to see whether objective laboratory changes corroborate with clinical improvement.

Methods:Fifteen hundred twenty three people with HIV infection from different Units/Institutes of CCRH were studied during the period 1989-2005. Cases were enrolled as per the classification given by Centre for Disease Control (CDC) for HIV infection. During each follow-up visit, changes in the body weight, biological functions, presence or absence of minor or major opportunistic infections were recorded.  CD4/CD8 counts were done at Mumbai centre from 1995 onwards and at National Institute of Communicable Diseases, New Delhi for the cases enrolled at New Delhi centre.

Results:Six hundred and sixty cases were followed up regularly. Out of these, 332 patients maintained asymptomatic status for a period varying from 3 to 10 years and 215 patients improved in varying degrees. No improvement was seen in 23cases, 52 cases were worsened, 04 cases died and in 34 cases status could not be ascertained since they were registered during last phase of study. It was observed that cases presenting with minor ailments such as oral candidiasis, cough, weakness, diarrhoea, weight loss etc. responded favorably to the homoeopathic medicines.  Arsenic alb. (n=102), Bryonia (n=132), Calcarea carbonica (n=44), Lycopodium (n=84), Merc.sol. (n=112), Natrum mur. (n=96), Nux vom.(n=80), Pulsatilla (n=124), Rhus tox. (n=132), Sepia (n=49), Silicea (n=48), Sulphur (n=110) and Tuberculinum (n=88) were the most efficacious medicines. Sustained psychological support influenced the health of the people with HIV infection.

Conclusion:Homoeopathic medicines could help in prolonging the life of asymptomatic cases, delaying or slowing down progress of infection and maintaining the quality of life of the patients. The results obtained suggest a definitive role of homoeopathic medicines in managing people with HIV infection. A further study with additional laboratory parameters like estimation of viral load is needed for scientific validation.

Total no of Scabies Patient : 15 HIV + Children
After Homoeopathic Treatment
Improved: 87 %
Not improved: 0 %
Under Treatment: 13 %

For Antiseptic Purpose in those 2 patient where there was Secondary infection due to scratching & Pustule formation: Calendula + Echinacea Q in coconut oil base applied locally at bedtime & after bath instread of any Allopathic Ointment or Lotion

Skin Specialist & Allopathic Medical officers on HIV T/t pannel has appreciated our results which occured in shortest period of time in immunocompromised patient.

For Scabies treatment we used Homoeopathic medicines based on individual totality given in high potency internally which benefited 87 % patients.

[Side effects of antiretroviral treatment for transmission prophylaxis in preterm and near-term infants].

BACKGROUND: The aim of this study was to assess the frequency of side effects of antiretroviral treatment in transmission prophylaxis in preterm and near-term infants with a history of HIV-positive mothers.

METHODS: A retrospective single-centre study of all neonates born to HIV-positive mothers between 2001 and 2005 and receiving antiretroviral prophylaxis was performed. Respiratory distress was documented as well as possible side effects from antiretroviral drug treatment, e. g., anaemia, need for transfusion, liver and kidney dysfunction, depression of white blood cell count, feeding problems and nosocomial infections. A comparison was made between a group of preterm infants of less than 35 weeks of gestation with one of near-term neonates of more than 34 weeks. To evaluate the influence of prematurity on the frequency of symptoms, a matched pairs group of 50 preterm infants was established as the control group.

RESULTS: Anaemia at birth (24 vs. 27 %), transient signs of liver impairment (24 vs. 16.5 %) or kidney dysfunction (4 vs. 0.8 %) as well as nosocomial infections were not significantly more frequent in the preterm group than in near-term group of HIV-exposed infants. Respiratory distress (56 vs. 13 %), postnatal anaemia (84 vs. 27 %). leucocytopenia (36 vs. 4 %), feeding problems (88 vs. 42 %), and blood transfusion (32 vs. 7 %) were more common in the preterm infants. The frequency of feeding problems remained markedly elevated when preterm HIV-exposed neonates were compared to preterm controls. Respiratory distress in near-term infants was seen in 13 % of the cases and 2.6 % of them had to be ventilated artificially. This was a higher frequency than in babies delivered by elective Caesarean section without maternal HIV history.

CONCLUSIONS: Transmission prophylaxis in offspring of HIV-positive mothers may give rise to adverse effects. Their frequency is higher in preterm infants than in near-term infants. However; this may be related to prematurity, and not to the antiretroviral treatment itself.