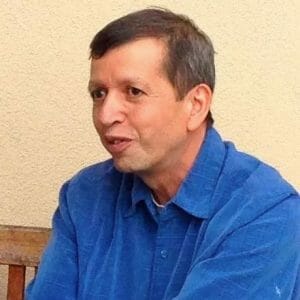 International homoeopath and academician Dr Robin Murphy has passed away on 18.11.2021

He published the “Homeopathic Medical Repertory” in 1993 and the “Lotus Materia Medica” in 1996  and Meta Repertory 2021 which were huge hits. He is the director of the Hahnemann academy of North America which sponsors seminars on Homeopathy and natural medicine.

Dr. Robin Murphy was born August 15, 1950 in Grand Rapids, Michigan. He carried out his undergraduate studies at the University of Michigan at Ann Arbor. There he discovered their homeopathic collection and became intrigued with the system it described.

In 1976 he entered the National College of Naturopathic Medicine (NCNM), on a Hahnemann Scholarship. He directed the homeopathy program at NCNM from 1980-1984. He also taught at Bastyr University.

Dr Murphy had revised the 6th edition of the Organon of the Healing Art by Samuel Hahnemann.

The MetaRepertory 4.0 was designed to be a complete rewrite and major upgrade of the Homeopathic Clinical Repertory, third edition. The new MetaRepertory contains 49 chapters arranged in 3 sections, Mind, Body and Clinical. The 49 chapters were created from the 74 chapters of the 3rd edition.