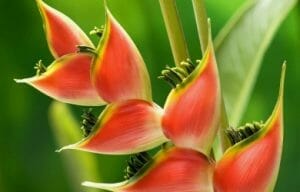 Farmers who use homoeopathy to treat their animals are scornful of comments made by politicians and the British Veterinary association (BVA) on the news that the EU might fund research into the approach.

David Eyles, a conventional farmer in Dorset keeping cattle and sheep, was initially very sceptical but has successfully used homoeopathy on all types of livestock for many years; “It just so pisses me off when I listen to these arrogant, self-righteous so and sos, with no experience or training, saying that homoeopathy does not work.”

Chris Lees, director of Homoeopathy At Wellie Level (HAWL), which was set up to support farmers who want to use homoeopathy, called the comments made Richard Ashworth (MEP), Andrew Miller (MP) and BVA President Harvey Locke “Unhelpful and a bit suprising”. “The evidence that homoeopathy works is there to be seen on commercial working farms up and down the country. It would be better to talk to the farmers using it before they dismiss it. I would be pleased to organize visits to the farms for them.

HAWL has produced a publication which highlights over 50 farm examples to rebut criticisms of homoeopathy and, using the farmers own words, to show how it works to improve animal health on commercial farms. Chris Lees acknowledges that these examples can be dismissed as anecdotal but asks “how many anecdotes does it take to become evidence?”.

Andrew Brewer farms 600 conventional acres in Cornwall with 700 dairy cows and 400 followers; ” We use homoeopathy in stressful situations and we see the animals recover faster. I use it because it works better than conventional things.”

“Liz Best, prize winning organic dairy farmer says “I feel that the greatest advantage of using it is that you can get straight in and treat the animal for the slightest sign of being off colour instead of the conventional way of waiting for the illness to develop, therefore it is more humane”.

John Bale, managing a 2000 acre organic farm including two dairy herds says “Its a massive help. Mastitis is a good example, I hardly ever use antibiotics on mastitis. We have not had to use dry cow therapy in 20 years.

John Newman, who manages cattle, sheep and poultry on 650ha in Gloucestershire, feels that criticism of the EU proposal is misplaced; “The problem is that the proposed €2 million spend may not be enough. As resistance to anti-biotics is increasing and animal welfare on farms is under threat, we should be spending more on developing homoeopathy and training farmers to use it. Homeopathy can reduce anti-biotic use and helps improve animal health and well-being. This is something you won’t find proven in scientific papers but we have found happens on our farm”.