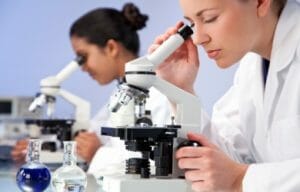 Can homoeopathy help curb killer disease Japanese Encephalitis (JE) which has claimed over 1,000 lives across the country this year?
To ascertain this, the Central Council for Research in Homoeopathy (CCRH) of the Health Ministry will soon start clinical trial of homoeopathy on the JE patients in disease endemic zone, Gorakhpur in Uttar Pradesh, to test its efficacy.

Over 450 people have died in Gorakhpur so far due to JE. The first-of its kind, trial would be undertaken at BRD Medical College in Gorakhpur on 100 patients, mostly children, affected with the disease. As per treatment protocol, two groups of 50 patients each would be formed. One group would be subjected to allopathy medicine while the other would be administered allopathy as well as homoeopathy medicines, Professor C Nayak, former director of the CCRH told The Pioneer.

He said treatment protocol for the two-and-a-half year study has already been approved by Scientific Advisory Committee of CCRH and a positive result from the study on humans will not only silence the sceptics of homoeopathy but would also help in curbing the fatal disease.

The need for trial to test homoeopathy came as it was found that JE vaccination among children has failed to deliver results with the menace continuing to spread its tentacles. A total over 7,137 cases have been reported till November this year.

Under the study, the health status and rehabilitation speed of the two groups of patients will be compared to gauge the effectiveness of homoeopathy medicine. “For instance, if the results show that the patients getting allopathy with the addition of homoeopathy have better survival rate or show speedy recovery, then it means alternative Indian Medicine System has efficacy in treating the disease,” Nayak said.

The homoeopathy experts are hopeful of positive results. A study by researchers at Kolkata’s School of Tropical Medicine and the CCRH showed that the homeopathic medicine Belladonna prevented infection in chick embryos infected with the JE virus.

Moreover, second phase trials for the same study have also shown encouraging results, Prof Nayak said and informed that mice which were given the medicine were able to fight better. “The observations have been published in an American journal of infectious diseases.”