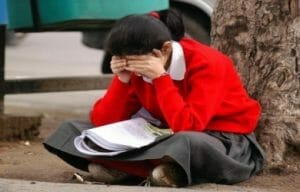 Clinical Observations / Quotes
Kent
Chilly in chronic, hot in acute – Sil
Hot in Chronic, Chilly in acute – Puls
Thirtlesss in chronic – Camph, Ars
A General broad antidote – Sulph (Universal antidote – Camph)
Cross betwen Bry and Rhus-t in pleurisy – Senega
Similar to Ars and Bry in gastric irritability – Cadm-s
Very irritable, quarrels with his bread and butter – Kali-c
Sine qua non of Sulph – Emptiness 11 AM, burning soles, Heat top of head
In valvular diseases of young people, always prescribe this drug unless guided away by some specific symptom – Naja
If a child has asthma, give – Nat-s
The escape of gas when urinating is found only under – Sars
In malaria after bad remedy selection the case becomes confused – Sep
Rectal complaints with haste of Sulph, Flatulence of Oleander and Aloe, and difficult to pass soft stool of Chin, Nux mox and Alum – Psor

Hahnemann
Acts most beneficially when patient suffers from chronic loose stool or diarrhea – Phos
It is much more difficult to estimate the action of opium than of almost any other drug
The action of this substance is very puzzling and difficult to determine – Camph (because its primary action, more frequently than with any other remedy, alternates and becomes intermixed with the vital reactions of the organism)
“The intermittent fever that Pulsatilla is able to excite has thirst only during heat (not during chill), seldom after the heat or before the chill. When there is only a sensation of heat, without externally perceptible heat, the thirst is wanting.”

Nash
There are no two remedies that are oftener indicated after each other, and work as well when so indicated, than these two – Caust & Sulph
Nearest specific in cholera morbus – Ant-t

Clarke
Bry is a gourmand, Nux an epicure

Lippe
Acts best in goitre when given after full moon or when the moon is waning – Iod
Menorrhagia, has not been well since her last miscarriage. “A single dose at new moon.” – Sulphur

Swan
Almost a specific for gall-stone colic; relieves the distress at once – Cholesterinum

A selection from Boericke…..
• Hot days and cold nights towards the close of summer are especially favorable to the action of – Dulc
• Often indicated in the transition season when the air is cold, but the sun is still powerful enough to heat the blood – Coloc
• Complaints due to cold food or drink when the body is heated, and in affections due to cold wind. – Bellis per

Rapid change of symptoms – pains change in regard to place and character – thirst alternates with thirstlessness, hunger, and loss of appetite, etc. – Berb
An absence of pain, where it could be expected, is noticeable – Ant-c
As a remedy for many kinds of pain, especially colic, and in severe, painful affections of abdominal and pelvic viscera; it ranks with the polychrests of the Materia Medica – Diosc
Pains of various kinds, with chilliness and sensitiveness to cold air – Mez
There is a general lack of animal heat, and yet heat of bed is intolerable. – Led
One is too cold when uncovered and too hot when covered; relieved by artificial heat – Corallium
Patient is weak, emaciated, cold and chilly, but worse from being overheated; sensitive generally – Calc-sil
A deep-acting anti-psoric remedy, with marked action in glandular affections, herpetic eruptions, chronic swellings, when patient is extremely sensitive to cold – Cistus can
Great disposition to take cold, especially in damp weather – Calend
Sweating patient pulling blanket around him. – Hep
Weakness from mere speaking or walking though looking strong – Ferr

• Maintains the system under the stress of malignancy regardless of location – Ars
• In Cancer, as an intercurrent remedy – Calend
• Cancer before ulceration, when pain is the principal symptom – Hydr
• Last stages of Cancer, to ease the pain – Echinacea
• After removal of cancer when in the healing process skin is drawn tight over the wound – Kali-p
• Efficacious in clearing the remnants of cancerous deposits – Maland
• Allays the pain in gastralgia accompanying cancer of stomach. – Cund
• Carcinoma ventriculi; persistent vomiting – Cadm-s

• Sudden stopping of catarrh of respiratory tract followed by diarrhoea – Sanguinaria
• The profuse, watery, acrid coryza that the drug produces serves as a sure guiding symptom, especially when associated with pain in frontal sinus – Kali-i
• A remedy of first importance in chronic nasal catarrh with atrophy; large, offensive crusts and clinkers. – Teucrium
• Has marked effects on the throat, and has proven an excellent remedy in pharyngitis, especially the follicular form – Wyethia
• Will raise the opsonic index against the diploccus pneumonia, 70 to 109 per cent – Verat vir
• Most closely allied to the manifestations of tuberculosis – Ars-i
• Tea-taster’s cough due to inhaling the fungus – Kali-i
• Most homoeopathic drug for angina pectoris with coronoritis and high tension – Tab

Caution / Warnings
Apis – Lower potency repetition in pregnancy (Farrington)
Kali-c – too high in old gout, bright’s disease, advanced phthisis (Kent)
Merc – too often in psoric cases (Kent)
Ars – in dysentery (Kent)
Sulph – Phthisis and structural diseases (Kent)
Phos – Beware in impotency or very weak constitutions (Kent)
Caution in Tub – When skin and intestines do not work properly (Boericke)
Caution in Tub for children and seniles – Should not be given without most careful cardiac examination (Boericke)
Cannot often be repeated in chronic cases without an intercurrent called for by the symptoms – Nat-m
Should never be given during fever paroxysm – Nat-m
Do not give when there is fever or constipation – Santonine
Should not be given in lying-in period except in high potencies (Hering) – Iod
Should never be given in syphilis – Ferr
Never use potash salts when there is fever (TF Allen)

Definition
Materia medica = Medical material in latin
Homoeopathic materia medica = A record of the pathogenetic effects of medicines(Hughes), derived primarily from proving the drug on healthy human beings, supplemented by noting effects of its overdosing and toxicity, and clinical symptoms during its application on the sick.
Nature of Materia Medica – Aph 143-144
True Materia medica defined in aphorism – 143
Pure Materia Medica (free from speculation) in aphorism – 144

Remedy Types
Polychrest (definition in MMP Nux-v & Puls) – Remedies whose majority of symptoms correspond in similarity to the symptoms of the commonest and frequent of human diseases
Clinical Remedy
Remedies having only a partial or incomplete proving but whose efficiency has been demonstrated at the bedside eg. Tissue remedies, Granatum for dizziness
Breech presentation in homoeopathy (Hering) – A remedy used clinically before a proving is made eg. Kali-m (Nash), Ferr-p (Farrington)
Organ Remedies – Remedies with an elective affinity for certain organs or parts (Burnett). Said to be specific for diseases of those organs.
Spleen – Ceanothus
Heart – Cactus
Liver – Cardus mar, Chelone
Uterus – Fraxinus, Sep, Thlaspi

Elective affinity
The specific localization or seat of drug action, by which a drug chooses certain cells, tissues or organs to manifest its action