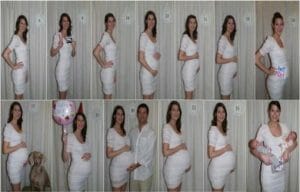 Stick to Your Doc’s Schedule
Your doctor will typically want to see once a month till you have completed 28 weeks of pregnancy. Then the visits will be scheduled once every fortnight till the 36th week of pregnancy. In the final stages of pregnancy, you will be required to see your doctor every week. It is important for you to not miss any of the appointments as the regular checkups carried out will give you a clearer picture of your state of health.

Talk to Your Doctor
For antenatal care to work properly, you  should take cased with following histories

Food Supplements
Foods those are rich in proteins, carbohydrates and healthy fatty acids. Such foods can be lean meat, fruits and vegetable. Foods that are high on the unsaturated fat content should be avoided. Eating in small portions is best during pregnancy as it helps in keeping the symptoms of pregnancy such as nausea, heartburn and constipation in check. . Also remember to include fresh fruit juices and deliciously healthy smoothies in your antenatal care diet. Dehydration is extremely harmful for you and the growing foetus and it can give rise to complications.

Show Bad Habits the Door
Excessive caffeine intake. These can in fact retard the growth of baby and also lead to pregnancy complications such as miscarriage. Quitting these habits will also help one lead a healthier lifestyle during pregnancy and the unborn child will benefit from it.

Antenatal care is important so that you can give birth to a healthy little angel. It will also ensure that post delivery; you recover faster and can get back to leading a normal life!

Morning sickness: (Emesis gravidarum) Most women do experience some degree of nausea during pregnancy which gradually settles down soon after the end of first trimester. Sometimes the nausea is excessive and can be accompanied with excessive and persistent vomiting which calls for medical attention. Sharp and unpleasant odours and consumption of greasy and fried foods tend to aggravate it.

The sudden increase in the human chorionic gonadotrophin hormone in blood is attributed to it but the increased incidence in primigravidae points to the psychological aspect of the complaint. Normally these conditions do not call for any medical intervention. But if vomiting becomes excessive and leads to dehydration then it warrants urgent attention. (In cases with excessive vomiting-Hyperemesis gravidarum, there is no alternative to fluid transfusion to compensate the fluid loss)

“Sepia is reputed to be one of our best medicines for this trouble. Apomorphia 6 should be considered in obstinate cases.” Other common medicines are:

2. Heartburn: This common complaint is the result of reflux of acid contents of the stomach as a result of relaxation of oesophageal sphincter. Over eating, late eating and spicy foods contribute to the problem.

3. Constipation: The increased circulating progesterone levels during pregnancy causes sluggish bowel peristalsis, which leads to hardening of the stools and constipation.

4. Haemorrhoids: Constipation during pregnancy tends to aggravate the varicose condition of the veins of the rectum. Straining at stools, prolonged sitting and spicy foods further aggravate the condition and even cause bleeding piles.

6. Pain over round ligaments: A sharp and sudden short lived pain over the groin during sudden movement is attributed to the spasm of round ligaments. Management:

7. Syncope: The enlarging uterus compresses the veins at pelvic brim, impeding venous return and contributes to pooling of blood in the lower limbs. Prolonged standing may thus lead to fainting spells.

Management:
Measures to avoid this include use of stockings and exercising the calves to increase venous return. In later pregnancy, the gravid uterus compresses the inferior vena cava in the supine position causing supine hypotension. A left lateral tilt with a wedge below the right hip alleviates the problem.

8. Backache: It is due to the relaxation of the ligaments of the pelvi-vertebral region.

9. LEG CRAMPS: This may be due to lack of diffusible serum calcium, or elevation of serum phosphorus.

Massage of the calves, local heat, supplementary calcium and vitamin B1 (30 mg) daily are of help.

10. Varicose veins: Varicose veins in the legs and vulva or rectum (haemorrhoids) may appear for the first time or aggravate during pregnancy.

11. Ankle oedema: As a result of impeded venous return, the patient may notice increasing ankle oedema as pregnancy advances. This may cause difficulty in wearing footwear, it may also cause heaviness in the feet which is aggravated by prolonged sitting or standing. Oedema subsides on rest and elevation of the feet.

Management: Assurance to the patient and advice for local cleanliness is advised.

Some special conditions in pregnancy: These conditions require timely care and support during pregnancy. If controlled properly they are not of much concern but most of these conditions can be fatal if ignored.

13. Hypertension in pregnancy: It occurs in about 8-10% of the population. It includes: a sustained rise in systolic B.P of >/=30mm Hg.

Hypertension that develops before the 20th week of pregnancy almost always is due to pre existing hypertension. High blood pressure that occurs only during pregnancy is called gestational hypertension and may start late in pregnancy. This form of hypertension does not have any ill effects on the mother or fetus; also it resolves shortly after delivery. Women with pre-existing hypertension when become pregnant have increased risk of developing Pre-ecclampsia ( Proteinuria + Hypertension+ Oedema) or Ecclampsia (with convulsions). It can lead to fatal consequences or permanent damage to the system. Preeclampsia and ecclampsia are a major cause of maternal death and premature death worldwide.

14. Anaemia in pregnancy: A pregnant women is considered to be anaemic when the hemoglobin count in the body is less than 11gm/100ml or less. Anaemia during pregnancy can be physiological (due to disproportionate increase in plasma volume, RBC and Hb mass), deficiency of iron, folic acid, Vitamin B12 and protein in diet.

15. Gestational diabetes or pregnancy induced diabetes: It is a type of diabetes that occurs in pregnancy and normally disappears just after pregnancy. It occurs due to insufficient amount of insulin production as that required by a pregnant woman leading to carbohydrate intolerance.

16. Threatened abortion: Bleeding per vaginum, often painless but may be accompanied by mild uterine cramps and backache. The bleeding is usually fresh and scanty. Pain appears usually following haemorrhage.

Consult a Gynaecologist:
The mother is advised to consult a gynecologist for consideration of admission in the following circumstances:

Other medicines which can be considered are: Crocus, Platina, Podophyllum, Calc. carb, China, Colocynth, Nux vomica

FOETAL DISPLACEMENTS: Pulsatilla -“It is an excellent remedy for putting the foetus in the right position” giver in 1M potency 3 days before EDD.

Dr. Borland says that, Rubella, or German measles if acquired during pregnancy, especially during the first four months, may have an adverse effect on the unborn child. In the event of exposure to infection during pregnancy it would be wise to prescribe the Rubella nosode.

The Murphy Repertory gives the following medicines for easy delivery:

Condition of Cervix during labor

Post partum haemorrhage or PPH: Haemorrhage in excess of 500 ml from the genital tract after delivery up to the end of puerperium which adversely affects the general condition of the patient.  It may be immediate, occurring within first 24 hours after delivery or delayed, after 24 hours. It may be due to atonic uterus of multiparae, anaemia, prolonged labour or even due to blood coagulation disorders. If neglected it can lead to shock and even death of the patient.

Management:  The principles in management are:

Retained placenta or membranes: The placenta is said to be retained when it is not expelled out even 30 minutes after the death of the baby. It may be due to hour glass contraction of the uterus or incompletely separated placenta. The case can complicate to haemorrhage and Shock (if retained beyond 1 hour).

Homeopathic Medicines: Dr. Hughes says, “A dose of Arnica in all cases be given as soon as the child is separated. If this is insufficient, Pulsatilla or Secale may be given as for deficiency of uterine contractions during the previous stage. It is seen that the tendency to adherent placenta may be combated by Hydrastis.”

Homeopathy, as a science of healing helps the female to cope up with the changes in her body without affecting the growing child. Pregnancy is considered the ideal time for prescribing medicines which could help in establishing the health of both mother and her growing child.

Dr. Samuel Hahnemann also advised pregnancy as the ideal time for prescribing medicines. In Chronic Diseases he mentions, Pregnancy in all its stages offers so little obstruction to the antipsoric treatment, that this treatment is often most necessary and useful in that condition.   Most necessary because the chronic ailments then are more developed.  In this state of woman, which is quite a natural one, the symptoms of the internal psora are often manifested most plainly on account of the increased sensitiveness of the female body and spirit while in this state; the antipsoric medicine therefore acts more definitely and perceptibly during pregnancy, which gives the hint to the physician to make the doses in these as small and in as highly potentized attenuations as possible, and to make his selections in the most homoeopathic manner.

Homeopathy thus helps us to perform our responsibility of serving humanity by maintenance of health. As Dr. Guernsey puts it, “He is the true physician who seeks not only to relieve the present suffering, but at the same time to remove its cause in the constitution itself, and thus prevent the return of the evil. He is truly a benefactor of his kind who, not content with curing the generations with whose successive portions he mingles, thus seeks to improve his present opportunities in the light of an advanced and beneficent science, in such a manner that the race may be rendered more healthy in all years to come”.