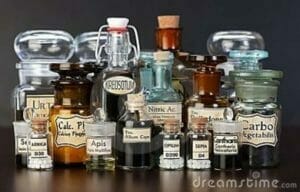 How to conduct Homeopathic Drug Proving

Hahnemann  was not the first clinician who noted that the drug selected on the basis of their similarity to the disease to reach to cure. He cites previous experiences of clinicians like Hippocrates, Paracelsus and Stahl(1738) in whose writings he found that the most definite statement of Law of Similars. But, none of these proceeded systematically to offer an experimental proof.

While he was  translating Cullen’s Materia Medica from English to German, he came across with cullen’s remark on the curative power of Cinchona –bark in marsh-ague and decided for testing  its positive effects on himself. He was surprised to note that the similarity of the symptoms of ague with that produced by Cinchona-bark, then  he formed a tentative hypothesis in his mind that the specific curative power of a drug lies in its power of producing similar symptoms in a healthy individual i.e. disease producing power is the disease curative power. He then continued his researches and experiments from 1790 to 1796 and wrote about fifty drugs which specifically cured the diseased conditions, the similar pictures of which they produced when administered to healthy individuals. He then suggested a new way of ascertaining the specific curative powers of drug. It was published as an article in Hufeland’s journal with the title “ An Essay on a New Principle for Ascertaining the Curative powers of Drug”.

Drug cure by virtue of their capacity to induce changes, which are similar to those, brought about by disease. Hahnemann set about collecting data pertaining to disease and the drugs. He then had to determine the criteria for establishing similarity between the two. After this was done, he had to administer the drug and to observe accurately the result so produced. Organon of Medicine gives us the details of the great therapeutic experiment in a highly systematized manner stretching over fifty years.

Drugs are the substances which have the  capacity to affect the development of disease and / or its expression through systems. For acquiring the knowledge about drug-effects, experiments have been made on the healthy human being through the process of Drug Proving.

In conduction of Drug Proving the physician (Proving master) must have the knowledge of genuineness of unimpaired strength of drug so that he can rely upon the therapeutic powers drug. Substances belonging to the Animal and Vegetable kingdom possess their medicinal qualities most perfectly in their raw state.

Indigenous plants are collected in fresh state to possess powers in the most complete and certain manner and by mixing their freshly expressed juice immediately with equal parts of spirits of wine of strength, which is sufficient to burn in lamp. Then it kept for a day and a night (24 hours) in a close stoppered bottled. The fibrionus and aluminous matter are deposited, the clear superincumbent fluid is then decanted off for medicinal use. All fermentation of the vegetable juice will be at once checked by the spirits of wine mixed with it and rendered impossible for the future, and the entire medicinal power of the vegetable juice is thus retained (perfect & uninjured) for ever by keeping the preparation in well-corked bottle, further protected with wax to prevent evaporation and excluded from the sun’s light.

The exotic plants, barks, seeds and roots that cannot be obtained in the fresh state, the sensible physician will never take in the pulverized form on trust, but will first convince himself of their genuineness in their crud, entire state before making any medicinal employment of them.