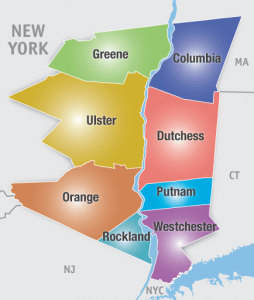 Homeopathy’s wide-ranging applications extend from medical doctors to veterinary practices and are considered a natural alternative to conventional methods in Hudson valley.

The Hudson Valley is a New York State region that stretches along the Hudson River from Westchester County to Albany, the state capital. which is a hotbed for all things homeopathic given the region’s inherently sustainable nature.

Interest in homeopathy has been present in the Hudson Valley since the mid 1800s. After a resurgence in this alternative medical practice across the country in the 1970s, there has been a steady rise in the popularity of the practice ever since. With New Paltz being a hotbed for all things natural healing, the trend, locally, is no wonder.

Additionally, the natural remedies are produced according to the FDA-recognized “Homeopathic Pharmacopoeia of the United States.” Homeopathy has been officially recognized under the 1938 Food, Drug, and Cosmetic Act, the 1965 Medicare Act and the 1987 FDA Compliance Policy Guidelines.

People come to homeopathy for a variety of reasons,” said homeopath Rebekah Azzarelli. “Some come because they haven’t had success treating their chronic health problems with conventional medicine and want to try something new.”

Azzarelli said that patients can take homeopathic remedies alongside traditional medicine as they are relatively inexpensive and added that the remedies are also safe for babies and pets.

Second-year marketing and public relations major Lea Savocchi and her family regularly use homeopathic remedies for everything from a bad fall, to the common cold or a thyroid problem.

Savocchi’s mother was diagnosed with a hyperactive thyroid last year and to cure via conventional means would have meant either medication that was potentially damaging to the liver or radiation therapy which is associated with several negative side effects. With homeopathic healing, her condition was cured in less than six months with no side effects.