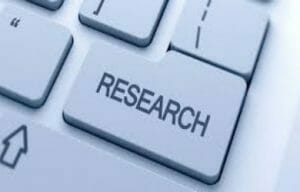 IIT scientists proved that homeopathic medicines work on the principle of nanotechnology.

Mumbai: Six months after the British Medical Association rubbished homeopathy as witchcraft with no scientific basis, IIT scientists have said the sweet white pills work on the principle of nanotechnology.

Homeopathic pills containing naturally occurring metals such as gold, copper and iron retain their potency even when diluted to a nanometre or one-billionth of a metre, states the IIT-Bombay research published in the latest issue of ‘Homeopathy’, a peer-reviewed journal from reputed medical publishing firm Elsevier.

‘‘Certain highly diluted homeopathic remedies made from metals still contain measurable amounts of the starting material, even at extreme dilutions of 1 part in 10 raised to 400 parts (200C),’’ said Dr Jayesh Bellare from the scientific team. ‘Homeo pills get potent on dilution’

‘‘Homeopathy has been a conundrum for modern medicine. Its practitioners maintained that homeopathic pills got more potent on dilution, but they could never explain the mechanism scientifically enough for the modern scientists,’’ said Bellare.

Homoeopathy faces controversies because of its high dilutions beyond Avogadro’s number such as 30c and 200c (1060 and 10400 respectively). This study has demonstrated the presence of nanoparticles of the starting materials and their aggregates even at extremely high dilutions, using market samples of metal-derived medicines from two reputable manufacturers in India. Researchers have demonstrated for the first time by Transmission Electron Microscopy (TEM), electron diffraction and chemical analysis by Inductively Coupled Plasma-Atomic Emission Spectroscopy (ICP-AES), the presence of physical entities in these extreme dilutions. The confirmed presence of nanoparticles challenges current thinking about the role of dilutions in homoeopathic medicines. They have found that the concentrations reach a plateau at the 6c potency and beyond. Further they have shown that despite large differences in the degree of dilution from 6c to 200c, there were no major differences in the nature of the particles (shape and size) of the starting material and their absolute concentrations (in pg/ml).