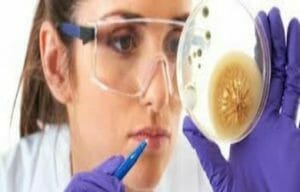 Use of Medical Analyser developed by Bhabha Atomic Research Centre India has shown that it would enable a better understanding of the selective action of homoeopathic medicines in different strengths on human beings.

Homoeopathy medicines beyond 12th potency do not contain even a single atom or molecule of the medicinal substance. Yet these medicines are effective in the treatment of large number of diseases and particularly the ones that are considered incurable in modern medicine.

Electronic division of BARC has been actively working on this aspect of homoeopathic medicines for the past three decades and their initial experiments with potencised medicines have recorded 50 to 150 per cent increase in the blood flow in affected parts of the body within 30 minutes of the indicated medicine in variety of patients, Rao said in his paper on ‘Fundamental Research in Homoeopathy: Experiments with SULPHUR’ presented at the Meet.

“The reproducibility of these experiments largely depended upon the choice of indicated medicine, which was determined subjectively,” Rao said.

But with the development of Medical Analyser, BARC scientists, headed by J D Jindal, have shown that physiological variability show change in the spectrum caused by randomly selected potentised medicine and randomly selected control subjects (volunteers) in 2004 and “this opened the door to us for using physiological variability in the field of homoeopathy,” Rao said.

“We used in our experiments with SULPHUR, Anu Photo Rheograph developed by BARC which is based on the principles of Photo Plethysmography also developed by it,” Rao said.

Dr Nirupama Mishra and colleagues from National Institute of Homoeopathy, C Nayak from the Department of AYUSH along with other private doctors carried out an exploratory scientific trial on 72 healthy volunteers, studied different potencies of Aconitum Napellus and Nux Vomica with the placebo control.

Homoeopathy has been mired in controversy due to its concept of drug dynamisation leading to ultra diluted form of medicines. “Since these kinds of medicines do not come under any measurable pharmacological standards, the attention of scientific fraternity has been focused on this apparent lack of existence of material substance in homoeopathic medicine and to its potency concept in the light of Avogadro’s law, rather than on its effectiveness,” Mishra said.

Both Rao and Mishra pointed out that it was necessary that more medicines and potencies are to be investigated with this scientific tool for the welfare of the humanity.

The approach of medical practitioners will now be more objective in terms of diagnosis and action of different drugs on human body, said BARC officials.

“Mobile ECG, Plethysmograph, Peripheral Pulse Analyser (3-channel), Tele Stress monitor, and Intent Detection System are few technologies BARC has developed. Many of these have been transferred to manufacturers,” said BARC director RK Sinha at a two-day meet on ‘Advanced Applications of Physiological Variability’ organised by the Electronics Division.

The Electronic Division began development work in the field of Physiological Variability in active collaboration with city’s Grant Medical College and the JJ Hospital, All India Institute of  Medical Sciences (New Delhi), Father Muller Medical College (Mangalore), among others.

“These instruments, which have been tried and tested, have proved that even the Science of Homeopathy, Ayurveda and their effectiveness can be understood objectively,” Sinha said.