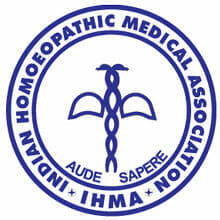 The complaint is based on a report published in a popular Malayalam daily on Wednesday which claimed that excess use of medicines was a major reason for the increase in fever deaths in the State. The report, based on a statement issued by the IHMA, also says that the use of Paracetamol would reduce the blood platelet count thus leading to death. President of IMA Kozhikode Ajit Bhaskar said the IHMA was trying to mislead the public through such statements.He also pointed out that the IHMA had no right to comment on practices in modern medicine.

Preventive measures
“The Health Department is doing its best to control the spread of communicable diseases such as Dengue, Chikungunya, H1N1, Rat Fever and so on. It was decided at a meeting recently convened by the Collector that those suffering from fever should take rest and take Paracetamol tablets in small quantities. They need to contact a physician only if the fever does not subside in two days. By stating that Paracetamol and antibiotics were dangerous, the IHMA was confusing the people,” he said.

Questions were also raised on IHMA’s moral right to make comments on diseases that have not been recognised by homoeopathy. “As per homoeopathic stream of medicine, there is no virus, nor are there any diseases like Dengue or Chikungunya. Then how can IHMA claim that it can cure something that they don’t believe in?” he asked.

The fact
IHMA criticised only about the injudicious application of paracetamol and antibiotics as over the counter purchase and without the prescription of doctors through ASHA workers. Homoeopathy awareness eats out heavily on Allopathy Phrama turnovers related to monsoon disease management. Faithful IMA takes guard and act on time to safeguard pharma priorities. Embarrassing moments for public health !!

IMA should have moved to court earlier, against the statement of their own DMO of Thrissur Dr Veenus – that clearly states that Paracetamol is very dangerous and that will destroy the platelets in blood!! 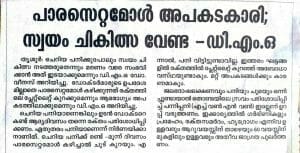