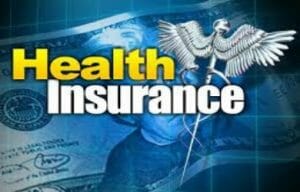 The policy-holders seeking treatment under alternative traditional medical systems such as Ayurveda, Unani, Siddha and Homeopathy will no longer have to pay from their pocket for the hospital bill.

The Government has finalised a standardised protocol t to include such treatments under insurance coverage, a move that would go a long way in bringing traditional medicine at par with allopathy in the country.

A decision in this regard was taken recently at a meeting  under the chairmanship of Ayush Secretary AM Sharan with his officials, representatives from Insurance Regulation and Development Authority as well as insurance firms and the Ayurveda Hospital Management Association.

After intense deliberations, the stakeholders agreed to consider the specific therapies and treatment procedures along with average period of hospitalisation and rates, for the diseases which need to be treated on indoor basis. “The rates which were submitted by the AHMA keeping in view various aspects were agreed upon to be considered as benchmark rates based on which the insurance companies will soon develop customised products/ insurance policies,” said Dr Induchoodan Menon.

On the issue of the grievances and representations from the insurance beneficiaries, it was also suggested to set up a panel of experts to be consulted by the insurance companies in settling the insurance claims of Ayush treatments and related matters.

Welcoming the move, Viswanath Odatt, Director, AIMS Insurance Broking, an expert in insurance industry, said, “Since the cost of Ayush treatments are comparatively less, it is helpful for insurance sector too.”