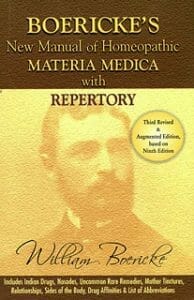 2.Coma
A state of unconsciousness from which the patient cannot be aroused, even by powerful stimuli.

3. Lascivious  Furor
This disease comes on with melancholy, lascivious casting about of the eyes, and frequent sighing; and, as it increases, the face becomes red and flushed, and the woman makes use of libidinous gestures and speeches, and shows an immoderate desire for coition.

4. Assasinated -To murder (a prominent person) by surprise attack, as for political reasons.,To destroy or injure

6.Lypemania -The suicide wave, called the leap mania, involved many people jumping off the roof together due to extreme pathological mournfulness.

7.Monomania-Pathological obsession with one idea or subject.,Intent concentration on or exaggerated enthusiasm for a single subject or ide

9. Misanthropic– Characterized by a hatred or mistrustful scorn for humankind.

15. Seborrhoea- (or seborrhea) is the name given to excessively oily skin.

16.Crusta lac´tea – seborrhea of the scalp of nursing infants.

17.Favus -A chronic skin infection, usually of the scalp, caused by fungi of the genus Trichophyton and characterized by the development of thick, yellow crusts over the hair follicles.

19.A hordeolum is a common disorder of the eyelid.It is an acute focal infection (usually staphylococcal) involving either the glands of Zeis (external hordeola, or styes) or, less frequently, the meibomian glands (internal hordeola).

21.Epiphora – an excessive tear production usually a result from an irritation of the eye

22.Pannus is a medical term for an abnormal layer of fibrovascular tissue or granulation tissue. Common sites for pannus formation include over the cornea, over a joint surface

23.Sclerotica-Affected or marked by sclerosis.

24.Ozena-A discharge of fetid matter from the nostril, particularly if associated with ulceration of the soft parts and disease of the bones of the nose.

25.Syphilide-A cutaneous eruption due to syphilis

26.Epulis-a swelling of the gum, usually as a result of fibrous hyperplasia,A cyst on the underside of the tongue caused by the obstruction of a duct of a salivary gland.

28.Riggs disease-Inflammation of the tissues surrounding and supporting the teeth.

29.Sordes-Med dark incrustations on the lips and teeth of patients with prolonged fever

31.Gleet –Inflammation of the urethra characterized by a mucopurulent discharge. The discharge that is characteristic of this inflammation.

32.Ozaena – a chronic disease of the nose characterized by a foul-smelling nasal discharge and atrophy of nasal structures

33.Hydrometra-The accumulation of thin mucus or other watery fluid in the uterus.

34. Physometra-Distention of the uterine cavity with air or gas 35.Morphea – a condition in which there is connective tissue replacement of the skin and sometimes the subcutaneous tissues, with formation of firm ivory white or pinkish patches, bands, or lines

36. Naevus-Any localized area of pigmentation or vascularization of the skin or eye tissues, usually benign and congenital.

37.Lentigo –a flat brownish pigmented spot on the skin, due to increased deposition of melanin and an increased number of melanocytes

38.Miliaria -a cutaneous condition with retention of sweat, which is extravasated at different levels in the skin; when used alone

40. Prairie itch -an affection of the skin attended with intense itching, which is observed in the Northern and Western United States; – also called swamp itch, winter itch.

42. Rhinosclerma-A rare disease of the skin, characterized by the development of very hard, more or less flattened, prominences, appearing first upon the nose and subsequently upon the neighboring parts, esp. the lips, palate, and throat.

43. Roseola -a feverish condition of young children that lasts for some five days during the last two of which the patient has a rose-coloured rash. It is caused by the human herpes virus

44. Rupia– An eruption upon the skin, consisting of vesicles with inflamed base and filled with serous, purulent, or bloody fluid, which dries up, forming a blackish crust.

45. Scleroderma-a chronic progressive disease most common among women, characterized by a local or diffuse thickening and hardening of the skin

50. Trichophytosis -a fungal disease of man and animals; one of the trichomycoses. The causative agents are fungi of the genus Trichophyton, which affect the skin, hair, and nails.

51.Whitlow-any pussy inflammation of the end of a finger or toe

54.Morvan’s disease, -a form of syringomyelia with tissue changes in the extremities, such as a paresthesia of the forearms and hands and progressive painless ulceration of the fingertips.

55.Morphinism– A diseased condition caused by habitual or addictive use of morphine