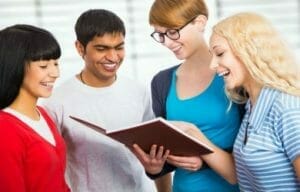 This short term course is detrimental to the growth and development of homeopathy and other AYUSH systems of medicines. Since new generation students after plus two opt for this short term course for better prospects and career. Nobody interested for a five and half years course.

NEW DELHI: The Medical Council of India(MCI) has finally cleared introduction of the three-and-a-half-year long medical course. Calling it BSc in Community Health, it will be open to anybody after class 12.

Speaking to TOI, MCI board chairman Dr K K Talwar said this special cadre of health workers will be trained mainly in district hospitals, be placed in sub-centres or primary health centres and will be taught “some module of clinical work”.

This means this cadre can actually diagnose and treat basic medical cases, get involved in immunization programmes and administer extended first aid.

“We intend to introduce the course from April next year. This cadre will also refer patients according to their condition to other centres. We have also prepared the syllabus of the course. The ministry will now take the final call,” Dr Talwar said.

The Planning Commission’s high level expert group has strongly backed the all new health cadre and said that as a career progression incentive, they should be promoted to the level of public health officers after 10 years of service.

The health ministry has been strongly pushing for the introduction of this cadre, in order to tackle the menace of doctors unwilling to serve in rural areas. Only 26% of doctors in India reside in rural areas, serving 72% of India’s population. The urban density of doctors is nearly four times that of rural areas, and that of nurses is three times higher.

Things have taken a turn for the worse in the past few decades with the disappearance of certain cadres — village health guides and traditional birth attendants, first instituted in 1986. Experts said the selection of students would be based on merit in the Class 12 examination with physics, chemistry and biology as subjects.

Health minister Ghulam Nabi Azad had earlier said that he wanted an MCI stamp on the degree so that it was universally recognized. “The syllabus of the course is also ready and is need-based. If MCI endorses it, students will get the confidence that the degree has a standing,” he had said.

The panel, however, was clear that the course was not a mini-MBBS but rather a unique training programme aimed at the basic health care needs of its target population. [Source]

Dear Homoeopaths…just have a discussion