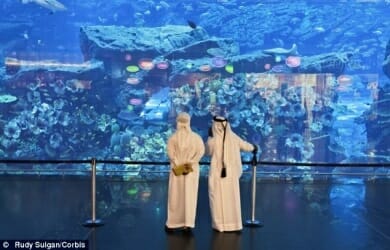 The establishment of Zayed Complex for Herbal Research and Traditional Medicine by the order of His Highness Sheikh Zayed Bin Sultan Al Nahyan has been an important mile stone in promotion of scientific research on medicinal herbs in the UAE and integration of Traditional Medicine treatment protocols for chronic ailments.

There has also been an increased demand for other Natural and Alternative therapies in the UAE following such trends in Europe and North America. Several studies published in reputable medical journals have shown that alternative therapies are being sought in an increasing demand for chronic conditions including back problems, allergic conditions, anxiety, and headaches. The Ministry of Health is interested to know how these therapies are being developed and how they could be regulated for the safety of the public. Observing these trends for the past couple of years, has lead to the creation of a legal mandate that would provide for the official recognition of Alternative Medicine practitioners and maintaining of minimum standard of quality.

The Office of Complementary and Alternative Medicine at the Ministry of Health has been being given the task of collecting information, ideas and comments from medical and scientific literature, health care professionals and those interested in this field, so that gradually a valid and reliable data-base would be established to assist the Ministry in formulation of regulations and maintenance of high standards of Alternative Medicine care.

What is T.C.A.M?
It has become increasingly clear, both to the medical establishment and the general public that complementary forms of medicine and therapies contribute to health care system. It has also become obvious that no one system of medicine has the complete answer to all our health care requirements. We need to be aware of the value and efficacy of the various types of treatments, be they conventional or those that we have come to know as ‘alternative’ or ‘complementary’.

Complementary and alternative therapies are used in an effort to prevent illness, reduce stress, prevent or reduce side effects and symptoms, or control or cure disease. Some commonly used methods of complementary or alternative therapy include mind/body control interventions such as visualization or relaxation; manual healing including Chiropractic, Osteopathy, acupressure and massage; homeopathy; vitamins and herbal products; Traditional Chinese Medicine and acupuncture, as well as Indian System of Medicine (Ayurveda)