AYUSH Minister Shripad Yesso Naik on 22.12.2016 inaugurated the North Eastern Institute of Ayurveda and Homeopathy (NEIAH) state capital of Meghalaya to provide health care to people of northeastern and Sikkim. 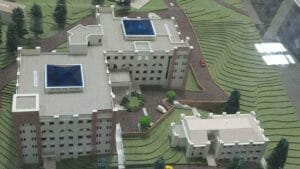 With this, it became the second Ayurvedic College in the North East Region with a Homeopathy college and the only Central Academic Institute of Ayush in Assam’s Guwahati.

Naik said the primary aim of the Institute is to produce quality human resource in the area of AYUSH in general and particularly in the fields of Ayurveda and Homoeopathy along with Yoga.

“It will provide quality research and inter- disciplinary research in the area of plant-based medical sciences. The entire North East India is blessed with rich natural resources and with flora and fauna in great abundance which can fulfill the quest of the scientific community for research,” he said. Underscoring on the need to preserve and promote knowledge of traditional healers from across the north eastern region, Naik said, “We have to take this knowledge and use it in our modern system. We are trying to take and make it scientifically validated based on ethno- botanical and scientific research with practical suitability for clinical practices.”

Dedicating NEIAH to the nation and its people, the Union Minister said that the institute will seriously involve in research and development to explore herbal-agro based industry and ultimately promote the cultivation of medicinal plants in this region, which are most climatically suitable for large number of medicinal plants from high altitude to mid level altitude of the hilly areas.

The Institute is affiliated to the North Eastern Hills University (NEHU), Shillong for both these courses. The seats are reserved for the states of North Eastern Region along with 24 (twenty four) seats under the All India Open Seats Quotas.

NEIAH is presently running with OPD and IPD  with qualified specialist doctors with all diagnostic and laboratory facilities.  Free Panchakarma therapies along with free laboratory diagnostic facilities are also available.