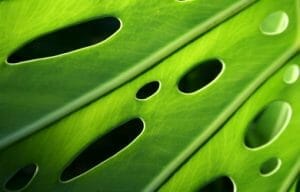 Homoeopathic Medicines made out of Papavaraceae group of plants and their preparation, properties and clinical indications

Chelidonium (celandine)
According to the doctrine of signatures, the yellow juice of this plant meant that it was good for liver disorder such as jaundice. In fact the juice is poisonous. Commonly known as wart weed for its power to remove warts.

Sanguinaria (blood root)
The plant contains a powerful alkaloid called sanguinarine, which can cause nausea and vomiting and burning pain the stomach. It is fatal in large doses.

Opium (pepaver somniferum)
Opium is the gummy exudation of the unripe capsule of the poppy. It has been used as a painkiller since Greek and Roman times. It mimics the action of naturally occurring chemicals in the brain, called endorphins, which help to induce sleep and a state of well being. Derivatives such as morphine and codeine are used in orthodox medicine.

General features
1.Predominant action over the circulatory system.
They act on the circulation of the blood, tending to produce narcosis of a greater or less degree by engorging the blood vessels of the brain. The effect thus produced on the sensorium ranges all the way from sleepiness to stupor. This is eminently true of opium and to a less degree of sanguinaria and chelidonium.

Opium: The narcotic and anodyne effect of opium is the result of the increased circulation of blood in the brain. The face becomes deep red and swollen from the distension of the blood vessels. The more profound the stupor, the darker red is the face. (May even become of a brownish hue). The pupils are contracted. Pulse is full and slow. Respiration is deep as stupor grows in intensity, it become heavier and finally stertorous.

Sanguinaria:  Has marked vasomotor disturbances as seen in the circumscribed redness of the cheeks, flashes of heats, determination of blood to head and chest, distension of temporal veins, burning in palms and soles and has been found very applicable to climacteric disorders.

3. Special affinity for liver.
Chelidonium: Is a prominent liver remedy. Liver affection with jaundiced skin and sclera. Jaundice due to hepatic and gall bladder obstruction. Liver enlarged. Constriction across as by a string. Gall stones.
Opium: liver affection with obstinate constipation.
Sanguinaria: Pain over region of liver. Jaundice. Nausea with salivation. Sinking, faints all gone feeling, spitting up of bile, gastro-duodenal catarrh.

4.Occipital head ache.
Sanguinaria, Opium, and Chelidonium
Chelidonium: Icy coldness of occiput from the nape of neck, feels heavy as lead. Heavy lethargic, drowsiness very marked, with general numbness
Opium: Pain in back of head, great weight there. Congestion of head with strong pulsation.
Sanguinaria: Periodical sick headache beginning in occiput, spread upwards, and settles over right eyes. Pain in back of head like a flash of lightning. > lying down and sleep.

5.Nervous affections- (paresis/ paralytic affections/ convulsion and neuralgia)
Chelidonium: Paresis of the lower limb with rigidity of muscles. Paralytic drawing and lameness in single parts. Orbital neuralgia with profuse lachrymation. Relieved by pressure.
Opium: Ptosis, paralysis of brain. Complete insensibility, no mental grasp for anything. Viable to understand or appreciate his sufferings. Tongue black and paralyzed. Paralytic affection of rectum with fecal retention. Loss of power or sensibility of bladder. Painless paralysis. (No neuralgia – causes insensibility of nervous system). Convulsion < from glace of light. With coldness of limbs. Epileptic convulsion at night; towards midnight, with sleep. Involuntary motion of head and arms with fists closed. Convulsion with loss of consciousness and sensibility. Useful with tetanus- convulsion with sudden loud cries.
Sanguinaria: Paralysis of right side. Convulsive rigidity of limbs. Right sided trigeminal neuralgia. Pain extends in all directions from upper jaw. > by kneeling and pressing the head on floor.

6. In general – have a hot or burning sensation.
Chelidonium: Dry heat of skin.  Has burning and itching of anus.
Opium: Hot damp sweating. Bed feels too hot. Constantly changes position, go in search of a cool place.
Sanguinaria: Burning in various parts is characteristic. Ulceration of mouth and fauces with dry, burning sensation. Stomach burning. Cough with burning pain in chest. Redness and burning of cheeks; burning in ears, eyes etc. circumscribed redness of the cheeks, flashes of heat. Burning in palm and soles and has been found very applicable to climacteric disorders.

7. Rheumatic affections.
Sanguinaria: Rheumatic affection of right shoulder, left hip joint and nape of neck. Rheumatic pain in places least covered by flesh not in joints.
Chelidonium: Rheumatic pain in hips and thighs. Ailments brought on or renewed by change of weather. Intolerable pain in heels, as if pinched by too narrow shoe. Worse right side. Chelidonium has icy coldness of tips of fingers. Wrist sore and tearing in metacarpal bones. Edema, heat, tenderness and stiffness are the leading indications. < motion and touch.

8. Special affinity for respiratory mucus membrane.
Chelidonium: Very quick and short inspirations, pain on deep inspiration. Spasmodic cough, loose rattling, expectoration difficult. Small lump of mucus fly out of the mouth while coughing. Pain in right side of chest and shoulder with embarrassed respiration. Dyspnoea, constriction of chest. Hoarse in afternoon.
Opium: Checks all secretion except that of skin. Cough with dyspnoea and blue face with bloody expectoration. Breathing stops on going to sleep. Must shaken to start it again. Hoarse. Deep snoring, rattling, stretorus breathing. Heat in chest, burning about heart.
Sanguinaria: Cough of gastric origin. > eructation. Aphonia. Cough with burning pain in chest. Worse right side. Sputum tough, rust colored, impossible to rise. Spasmodic cough after influenza and whooping cough. Cough returns with every fresh cold. < night, on lying down. > sit up in bed and pass flatus. Severe dyspnoea and constriction of chest. Pneumonia , better lying on back. Asthma with stomach disorders.  Sudden stoppage of catarrh of air passages brings on diarrhea.

13. Sleepy but cannot sleep with acuteness of hearing
Chelidonium:  Sleepy wants to lie down but can not sleep.
Sanguinaria: Drowsiness causing mental and bodily indolence. Sleeplessness at night awakens in a fright as if he would fall. Cannot sleep without brandy. Slightest noise disturbs, yetis sleepy &dreamy.
Opium: Urgent inclination to sleep with absolute inability to sleep. Sleeplessness with acuteness of hearing. Disturbed by sounds ordinarily not heard at all. i.e. clock striking cocks crowing at a distance keep her awake.

15. Has general action upon cancerous growth.
Chelidonium:  Carcinoma of breast & stomach with deep-seated pain. Dirty yellow complexion of skin with other sign of cachexia.
Sanguinaria: Tumors of breast.
Opium:  In addition to its narcotic influence, is believed to have a retarding effect on cancerous growth.

17. Vertigo is a prominent feature of all medicines of this group.
Chelidonium:  Vertigo associated with hepatic disturbances. Inclination to fall forward.
Opium:  Vertigo after fright. Vertigo with lightness of head in old people. Vertigo on sitting up in bed, which compels the patient to lie down again.
Sanguinaria: Vertigo terrible when moving head rapidly & looking upward with nausea, fainting and head ache with ringing in ears. Vertigo on rising from sitting or stooping position; with dim vision.

18. Mentally- low spirited and despondent with inclination to weep.
Chelidonium, Opium and Sanguinaria.