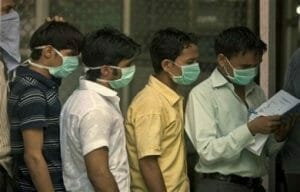 Abstract
Homoeopathy has established its supremacy in the control of infectious viral diseases. The widespread acclaim in this regard is now supported by this study. The study was conducted in the Chikungunya fever hit areas of Kerala. The genus epidemicus was selected after detailed analysis of the first cases of Chikungunya. This preventive medicine was widely distributed in the disease prevalent areas. A survey was conducted for the evaluation of prophylactic efficacy. The study showed a very high significant effect of Homoeopathic medicine in the prevention of Chikungunya fever.

Introduction
Homeopathic prophylaxis had its beginnings with the father of homeopathy, Dr. Samuel Hahnemann (1755 – 1842). During a 1799 scarlet fever outbreak in Germany, Dr. Hahnemann observed that three children in a family contracted the disease, but the fourth remained unaffected. The fourth had been treated with homeopathic Belladonna for an unrelated joint problem. Dr. Hahnemann reasoned that perhaps the dose of Belladonna had protected the child from scarlet fever as well as treated the joint affliction. Soon afterward, he was able to test his theory when, in another of his patient’s families, three children in a family of eight contracted scarlet fever. Hahnemann administered homeopathic Belladonna to the remaining un-afflicted five, and all five remained symptom free. Hahnemann continued using Belladonna during this epidemic, and soon conventional physicians took note and began using the same protocol. Of 10 allopathic physicians who were reporting their results with Belladonna, 1,646 children were prophylactically treated and then exposed to scarlet fever, but only 123 children (7.4%) developed symptoms (during the same time, disease from exposure ran as high as 90%). Hahnemann subsequently detailed his success and prophylactic recommendations in an 1801 booklet called Cure and Prevention of Scarlet Fever.

In Kerala, there has been periodic outbreaks of epidemics, viz. Japanese Encephalitis, Weil’s disease, Cholera, Chickenpox, Viral Conjunctivitis and Dengue fever. The latest turn was that of Chikungunya fever.

Chikungunya is a relatively rare form of viral fever caused by an alphavirus that is spread by mosquito bites from the Aedes aegypti mosquito, though recent research by the Pasteur Institute in Paris claims the virus has suffered a mutation that enables it to be transmitted by Aedes Albopictus (Tiger mosquito). The name is derived from the Makonde word meaning “that which bends up” in reference to the stooped posture developed as a result of the arthritic symptoms of the disease. The disease was first described by Marion Robinson and W.H.R. Lumsden in 1955, following an outbreak on the Makonde Plateau, along the border between Tanganyika and Mozambique, in 1952. Chikungunya is closely related to O’nyong’nyong virus.
Chikungunya is not considered to be fatal. However, in 2005-2006, 200 deaths have been associated with chikungunya on Réunion island and a widespread outbreak in Kerala.

Aims & Objectives
1. To assess the efficacy of Homoeopathic medicine in the prevention of Chikungunya.
2. To determine the magnitude of incidence, clinical features, mortality , social & economic impact of the Chikungunya epidemic.

Materials & Methods
After detailed analysis of Chikungunya cases in Neyyattinkara & Vizhinjam, the Genus epidemicus was selected to be Eupatorium perfoliatum. The 200th centesimal potency of this medicine was given in 15 doses (3 doses daily for 5 consecutive days). The distribution was done through various agencies, NGOs, FRAT etc. The details of distribution were recorded for the feedback study. The survey form for feedback study was prepared in Malayalam (Annexure-2A & 2B). The efficacy survey was conducted in the period of 20th – 30th November 2006 in the epidemic hit areas of Vizhinjam, Valiathura, Pothencode, Manacaud & Kamaleswaram, were preventive medicines were also distributed.