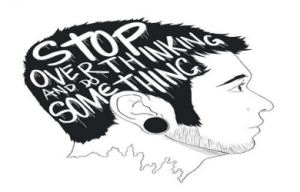 Dr Rajan Sankaran has confessed that his much publicized and aggressively promoted ‘Sensation-Kingdom Method was failure. He has calmly moved over to his new “SYNERGY METHOD”!

He confesses in his latest Hpathy interview: “Now I have come a full circle and in my own practice there is a harmonious , energizing integration between the conventional and the contemporary”

“The sensation idea is that when we explore a person’s symptom (mental or physical) to a deeper level, we will see at the core an experience: a sensation. This sensation speaks the language of nature, of mineral, plant or animal and recognizing this experience can make it easier to come to the remedy. This was a new tool, and it was exciting; it gave us results in some very difficult cases. And the idea was very appealing.”

“Like any new discovery, any new invention, any new instrument we do tend to initially use it too much. We want all cases to be solved by that way only. And we do want to use it exclusively. But once we are over the initial excitement, we are able to put the new instrument in its proper place, and use it along with the others that we were using earlier. It becomes integrated and not exclusive.”

Rajan Sankaran has admittedly “come a full circle”. But what about a whole generation of homeopaths, whose professional career have been spoiled by “too much use” of his Sensation-Kingdom Method?

While finally leaving ‘sensation method’ and switching over to his newly invented ‘synergy’, Dr Sankaran should show the minimum magnanimity to apologize to the homeopaths, whose life and career were spoiled by paying huge amounts for his books and seminars, and trying to apply the “lessons” they learned from him.

Now we can expect a new series of books and seminars from Dr Sankaran, to teach his latest “synergy method”!