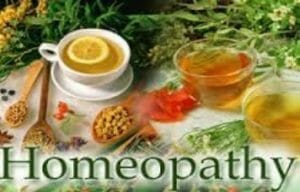 Rajasthan Medical and Health Minister Aimaduddin Ahmed Khan has laid emphasis on expansion of Indian systems of medicine and improving the standard of their drugs to maintain people’s faith in these streams for treatment of serious diseases.

Addressing a meeting with private drug manufacturers for running a speciality clinic here over the weekend, Mr. Khan said systems such as Ayurveda, homoeopathy and Unani were very popular among the State’s people in view of their capacity for disease management without leaving any harmful after-effects.

While the speciality clinic is proposed to be established under a public-private partnership arrangement, Mr. Khan said the State Government had established an Ayurveda University and four laboratories for manufacturing quality medicines. The private manufacturers would assist the Ayurveda Department in running these labs.

“More significantly, Ayurveda drugs are going to be included in the ambitious scheme for free-of-cost distribution of medicines to [patients visiting] OPD of all Government hospitals across the State. The scheme is set to be launched on October 2,” said Mr. Khan.

The Minister said his department was trying to evolve a new scheme for supply of herbs and medicinal and aromatic plants by farmers directly to the pharmaceutical firms. The Janani Shishu Suraksha programme started on September 12 had also turned out to be “immensely popular”, he added.

Principal Ayurveda Secretary Ashok Shekhar said the State Government would help out drug manufacturers in popularising their products in the “present age of marketing”. All efforts should be made to attract people to benefit from the Indian systems of medicine, he said.

A policy adopted in this regard in 2008 could be suitably amended to serve the growing needs in the Ayurveda domain, said Mr. Shekhar. He said the Ayurveda Medical Officers should visit schools in their areas and apprise the children of the advantages of alternative branches of health care.

Director (Homoeopathy) Dinesh Nagar pointed out that the research had proved that there were as many as 40 illnesses that could be completely cured through the Indian systems of medicine.