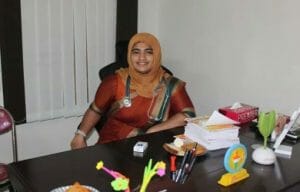 MUMBAI: A private doctor’s clinic is not a commercial establishment, the high court has held, taking medical practitioners out of the purview of the Bombay Shops and Establishments Act.

A division bench of Justices V M Kanade and P D Kode has struck down a 1977 amendment that included the medical practitioners’ establishments. The constitutional validity of the section, 2 (7), was challenged by an Andheri-based gynaecologist, Dr Shubhada Motwani, prosecuted for not registering her clinic. The punishment comprised a fine, calculated for each day of non-registration. She moved court.

Her lawyer, S C Naidu, argued that a medical practitioner’s clinic cannot fall within the definition of commercial establishment as a doctor provides service to patients, an activity that cannot be termed commercial. He argued that the amendment had included in its ambit legal practitioners and CAs as well. Lawyers moved court, and the HC held, in 1984, that the amendment was ultra vires (beyond the powers), striking down their inclusion in the definition of commercial establishment. In 2006, CAs were given relief. [Source]