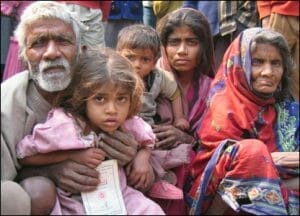 So far as homoeopathy is concern, prevention can be done by two ways—one is constitutional prescribing during childhood (during pregnancy if mother treated constitutionally, no need to give further constitutional remedy to the baby immediately or within few months after birth) or antimiasmetic medicine during infancy following dominant miasm (controversial with in homoeopathic community) keeping in mind the view of protection against dreadful diseases of the future,  another during outbreak of infectious disease. In this case prophylactic medicine can be prescribed following the law of similia.

Sometimes specific medicine can be given. If the selected remedy is similar to some extent it is best. If there is no such similarity & if we want to use it specifically, we have to give sufficient dose to produce artificial disease and to mean it as prophylactic. Nosodes should be used very cautiously. If the selected remedy is perfectly similar with the case, I think a single dose is sufficient to be a prophylactic. Again if the patient is on constitutional treatment for any disease, no need to give separate prophylactic medicine during the outbreak of infectious disease.

If the patient is given  the constitutional homoeopathic remedy during childhood and enjoying good health other  than mimicking sickness, no need to give further protection by means of homoeopathic prophylaxis during the outbreak, other than this type of case, patient living in epidemic areas, a genus epidemicus may be selected and given  to the susceptible persons.

If by chance patient is affected by the disease then according to symptom similarity one medicine may be given and medicine should not be so deep acting. There is no such restriction in constitutionally uncorrected cases, if symptoms and vitality agree. In every case preparation of dose is important, large dose may produce some unwanted events. According to the homoeopathic point of view disease proneness develops from birth and suitable environment is necessary for the development of disease (except diseases due to accidents). So it is not justifiable to vaccinate every individual without considering their susceptibility. It is not difficult to judge the susceptibility. Susceptibility reflects through constitution i.e., physical or mental makeup.

Constitutional treatment is the unique field of homoeopathy; this specialty could be used very nicely for community health.

By this article, I do not want to mean that I am against the conventional vaccination but as there is another school (homoeopathy) with different ideology in relation to health, disease & treatment or cure, why the scientific community will not test and employ the homoeopathic prophylaxis for the benefit of mankind as another option?

Homoeopathic prophylaxis if started I think I will be accepted more by the community because homoeopathy has reputation about gentleness, safety profile*, and holism. It will open another door of opportunity, option, savings of Govt. money, utilization of homoeopathic knowledge in its special field, proper utilization of qualified homoeo doctors etc. It will prevent not only the targeted diseases but also prevention of many dreadful diseases in future (if constitutional prophylaxis is adopted).

*Homoeopathy is always safe and effective if we able to use it judiciously in respect of case,   potency, dose etc.

I think time has come to test the other approach for the prevention of disease i.e., homoeopathic method. Our master Dr. Samuel Hahnemann himself tested the effects homoeopathic prophylaxis and many reputed authors supported this procedure in their books.

Conventional active immunization acts by activating bodies own defensive mechanism. Homoeopathy also acts by activating body’s own defensive mechanism indirectly by influencing the invisible animating power (vital force) but in homoeopathy we use that stimulus which is invisible in nature with more penetrating capacity in living organism and free from material adverse effect. After all, it is time tested treating system of more than 200 years.

So, why don’t we use our pioneer thought of activation of body’s own correct up mechanism affected by suitable homoeopathic medicine for the prevention of disease?

There should be long term study to see the effectiveness of homoeopathic prophylaxis;  I think it is best to start first in some areas or some villages as a pilot project, where people prefer to live naturally—where they like traditional natural food items , wants to heal themselves by natural medicine (or prefer homoeopathy) etc. (In our  India this homoeo prophylaxis method could be initiated in AYUSH Gram programme– New programmes of  National Mission on Ayush under 12th plan by the Dept. of AYUSH, Ministry of Health & Family Welfare, Govt. of India.)

There should be provision of emergency prophylaxis without considering the method in some rare situations.

By this way I think a conceptual data will be prepared concerning homoeopathic prophylaxis and its long term benefit, side by side we can compare the results of conventional approach and homoeopathic approach on total health.

At last I think Central council for research in homoeopathy (CCRH) & Dept. of AYUSH, Govt. of India is the highest authority to take the decision on the homoeopathic prophylaxis programme in our country.