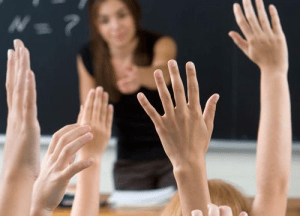 1.1Objectives: The objectives were to know principles of learning

1.2 Introduction
Learning is defined as a relatively permanent change in behavior. This occurs due to practice or experience.

1.2.1 There are three factors in involved in learning

Examples –  practice – writing a name or a letter A

Conditioning may refer to:

1.3.1 CLASSICAL CONDITIONING (CC):
Definition: Classical conditioning (CC) is a process of learning in which a previously neutral stimulus (bell) elicits the response (saliva) without food.

In the early 20th century- Ivan Pavlov – Russian physiologist- Nobel price (1904) – winner, did research on digestion by using a dog. While doing the research, his research turned to learning. His experimental dog began to salivate not only for actual eating but also for seeing the food & hearing the footsteps of the feeder. Pavlov began to study this phenomenon called ‘conditioning’. Later it was renamed as classical conditioning.

1.3.2 The experiment:
Pavlov kept a hungry dog on an experimental table. The dog was comfortable and distractions were excluded. He attached a capsule to a dog’s salivary gland to measure salivary flow. A bell was rung first time and food was given to the dog immediately. This was repeated several times. Later on, the dog salivated at the mere sound of the bell, with out food. Thus the dog was conditioned to respond to the new stimulus, bell.

Extinction: When bell is rung without the food for a number of trails, the strength of the CS gradually decreases. The dog salivation totally and this process is called Extinction.

Spontaneous recovery: After the response of salivation has been extinguished, it increases its strength again when food is given. This reconditioning is more rapid than the original conditioning of the salivation to the bell.

Generalization: It is the tendency to give a conditioned response of salivation to some way similar to the stimulus of CS. There has been no pairing with UCS. Stimulus generalization occurs and it is responsible for developing phobia in psychiatric patients.

Discrimination: It is a process of complimentary to generalization. This occurs when one learners to distinguish between similar stimuli and to respond differently to each stimulus.

Breaking of bad habits and elimination of fear

1.4.1Experiment: Skinner put a rat inside a glass box, called Skinner box. This box contained a lever and a food tray. Whenever the liver in the box was pressed by the rat, automatically a pellet of food was dropped on the tray and it was eaten by the rat. A mechanical device recorded the number of times that the rat pressed on the lever. Pressing on the liver was the target response to be learned. The rat learned to operate the instrument and got the reinforcement.

Shaping: It refers to the reinforcement of closer approximation for performing a desired response. This encompasses graded steps and each step has a resemblance to the desired performance. This is known as the method of successive approximation.

To eat with a spoon has the sub-skills such as sitting down, putting the hands on the table, holding a spoon by the handle and lifting the spoon in the correct direction to the mouth. These activities are rewarded without waiting, known as behavior shaping.

There are two types of reinforcement schedules – continuous, and partial/intermittent (four subtypes of partial schedules)

a)    Continuous reinforcement schedules: every item is rewarded.

b) Fixed Ratio (FR) – reinforcement given after every N th responses, where N is the size of the ratio (i.e., a certain number of responses have to occur before getting reinforcement).

c)Variable Ratio (VR) – the variable ration schedule is the same as the FR except that the ratio varies, and is not stable like the FR schedule. Reinforcement is given after every N th response, but N is an average.

d) Fixed Interval (FI) – a designated amount of time must pass, and then a certain response must be made in order to get reinforcement.

For example – when you wait for a bus example. The bus may run on a specific schedule, like it stops at the nearest location to you every 20 minutes. After one bus has stopped and left your bus stop, the timer resets so that the next one will arrive in 20 minutes. You must wait that amount of time for the bus to arrive and stop for you to get on it.

a) Skinner did not believe that punishment was as powerful a form of control as reinforcement, even though it is the so commonly used. Thus, it is not truly the opposite of reinforcement like he originally thought and the effects are normally short-lived.

b) there are two types of punishment:

1) Positive – presentation of an aversive stimulus to decrease the probability of an operant response occurring again. For example, a child reaches for a cookie before dinner, and you slap his hand.

2) Negative – the removal of a pleasant stimulus to decrease the probability of an operant response occurring again. For example, each time a child says a curse word, you remove one dollar from their piggy bank.

1.4.5 Differences between CC and OC

1.5.1 The experiment: He put a hungry cat in a box. There was a door for exit which could be opened by correctly manipulating the latch. A fish was placed outside the box and the smell of the fish could make the cat to come out of the box. The cat made every possible effort to come out of it. He tried to claw, bite, and thrust his paws through opening. He made a number of random movements. One such movement, by chance, the latch was manipulated, and he came out and ate the fish. Next day, he cat made fewer errors. In due course, he manipulated the latch, came out and got the reward of fish. The cat learned the art of opening the door without committing any error.

The stages in the process of learning are drive, goal, block, random movement, chance success, selection and fixation

1.5.2 The three laws of effective learning:

2. Law of exercise: There is a direct relationship between repetition and the strengthening of the stimulus – response bond. Some examples are type writing, drawing, and dancing.

3. Law of readiness: Learning takes place only when a person is ready. The readiness includes motivation, attitude and mind set. If a leaner does not find the solution to a problem, he tries in various directions and commits errors. Finally he arrives at a correct response for solving the problem.

1.6 COGNITIVE LEARNING
Definition: The mental processes include perception, memory and reasoning, by which one acquires knowledge, solves problem and makes plans.

A learner forms a cognitive structure in his memory by which he organizes information into relationship and meaning with out reinforcement. New associations and new relationships are formed along with the events. The individual learns by his ability, known as insight.

Kohler put the hungry chimpanzee, Sultan, inside a gage and a bunch of bananas was hung from the roof of the cage. There were three wooden boxes in different sizes. He tried by jumping and jumping from the floor and the boxes but he could not get the bananas. Suddenly he got an idea and placed one box over the other; this required a specific arrangement of the boxes.

In another experiment, Kohler put the hungry chimpanzee in a cage. Some bananas were placed outside the cage. Two sticks, one longer than the other, were placed inside the cage.  The bananas were kept at a distance and they could not be picked up by any one of the sticks. One was hollow at one end so that the other stick could be thrust into it to form a longer stick. He tried these sticks one after the other but he failed. Then he got tired and started to play with the sticks. Incidentally, the sticks joined together and became a lengthy one. He used this stick to pull the bananas and ate them. This is a bright idea the chimpanzee had.

In this experiment, he altered his perception and made new organization. An insight developed after few trails.

1.6.2 SIGN LEARNING
Tolman (1930) has stated that learning is a total process. It takes place by cognition. Cognition includes knowledge, thinking, planning, interference and purpose. He argued that one follows certain signs and clues to reach a goal. The learner learns his way by following a sort of mental map. He learns certain movements and their significance and meanings.

1.6.3 The experiment: A comparison was made between two groups of hungry rats in a maze.

In one group, each subject received food each time when it ran the maze and its study improvement was noticed. In other group, each subject was given access to the maze without finding a food reward and each had a little improvement. When food was introduced at the 9th trail, the performance soon approximated to the first group. The rat acquired the information, mental map, but he did not utilize it for a while.

1.7 SOCIAL LEARNING
Observational learning known as, vicarious learning or social learning or modeling) is learning that occurs as a function of observing, retaining and, in the case of imitation learning, replicating novel behavior executed by others. It is most associated with the work of psychologist Albert Bandura, who implemented some of the seminal studies in the area and initiated social learning theory. It involves the process of learning to copy or model the action of another through observing another doing it. Albert Bandura & Richard Walter (1963) focused on highly efficient form learning known as observational learning or imitation.

1.8 The Study Habits of Successful Students

Read about each study habit.  Work to develop any study habit the students do not have.

2. Plan specific times for studying.
Study time is any time you are doing something related to college work.  It can be completing assigned reading, working on a paper or project, or studying for a test.  Schedule specific times throughout the week for your study time.

4. Set specific goals for their study times.
Goals will help you stay focused and monitor your progress.  Simply sitting down to study has little value.  You must be very clear about what you want to accomplish during your study times.

5.  Start studying when planned.
You may delay starting your studying because you don’t like an assignment or think it is too hard.  A delay in studying is called “procrastination.”  If you procrastinate for any reason, you will find it difficult to get everything done when you need to.  You may rush to make up the time you wasted getting started, resulting in careless work and errors.

9. Call another student or ask your teacher when you have difficulty with an assignment.
This is a case where “two heads may be better than one.”

10. Review their college work over the weekend.
Yes, weekends should be fun time.  But there is also time to do some review.  This will help you be ready to go on Monday morning when another school week begins.