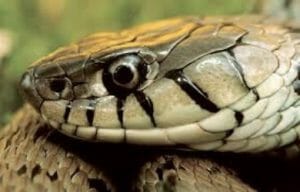 Research study has been taken up with the help and full involvement of Indian Institute of Chemical Technology, Hyderabad.

History
Reverse transcriptases were discovered by Howard Temin at the University of Wisconsin-Madison in RSV virions,and independently isolated by David Baltimore in 1970 at MIT from two RNA tumour viruses: R-MLV and again RSV.

For their achievements, both shared the 1975  Nobel Prize in Physiology; (with Roneto Dolbecco).

RT is needed for the replication of retroviruses (e.g., HIV), and RT inhibitors are widely used as antiretroviral drugs.

These activities are used by the retrovirus to convert single-stranded genomic RNA into double-stranded cDNA which can integrate into the host genome, potentially generating a long-term infection that can be very difficult to eradicate.

HIV infects humans with the use of this enzyme

Without reverse transcriptase, the viral genome would not be able to incorporate into the host cell, resulting in failure to replicate.

Though there are several methods for doing so, cDNA is most often synthesized from mature (fully spliced) mRNA using the enzyme reverse transcriptase.

This enzyme, which naturally occurs in retroviruses, operates on a single strand of mRNA, generating its complementary DNA based on the pairing of RNA base pairs (A, U, G and C) to their DNA complements (T, A, C and G respectively).

As the dilution contains Alcohol it was put for Evaporation and thus obtained material was used for the experiment.

Then they were studied for the amplification on the meter to check for the production of cDNA as this is produced by the HIV viral RNA by using the Reverse Transcriptase.

Result
The Absence of Amplification of constitutive gene in Reaction 1 confirms that the cDNA synthesis was inhibited, thus concluding that the compound inhibits Reverse transcriptase enzyme.

Permissions are awaited.
Clinical Trials are already initiated to test the efficacy of CROT HOR in these Viruses infected patients.