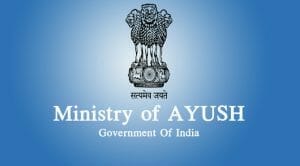 The Union ministry of AYUSH has warned people against believing in advertisements of traditional medicine firms, who claim to have cured 35 medical disorders like baldness, infertility, cancer, weight loss, AIDS, diabetes, dark skin, sexual performance, obesity among others.

The ministry said it has received more than 40 complaints across India in the year 2015-16 against manufacturers of traditional medicines and its practitioners. The AYUSH ministry deals with  traditional  medicines like Ayurveda, Yoga and naturopathy, Unani, Siddha and alternative medicine like Homoeopathy.

According to a senior officer in the Telangana state Ayush department, “There have been very strong complaints where patients have suffered due to exaggerated claims of diseases getting completely cured by traditional drugs. The ministry wants strong action to be taken against such tall claims which are being seen everywhere.” Pamphlets are circulated at homes, pasted outside shops, railway stations and bus stops where a large number of people frequent.

Dr Abdul Hasan Ashraf, senior Unani doctor, explained, “Tall claims are not only made by the manufacturers but also the corporate chain of clinics. These clinics are also advertising about the cures without following the guidelines given by their council. These are unethical practices and should have been curbed long ago. Due to lack of strong action, it has further intensified, becoming a menace.”

The doctors state that they cannot claim complete cure to any patient in any of the streams of Ayush. According to Dr Mallu Prasad, senior Ayur-vedic doctor, “The council has already warned against making such tall claims. But there is a major competition for patients due to which these illegal practices flourish.”

According to sources, the central ministry wants the state department to strengthen their surveillance and take action via district administrations and curb these practices. The department is keen to initiate action against TV channels which broadcast magic cure for weight loss despite being served with a notice several times.