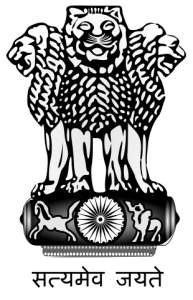 New Delhi, March 31 – The union cabinet on Tuesday approved a new provision to ensure that homeopathy education is made available only by colleges equipped to guarantee quality – amendment of 12(C) of Homoeopathy act – that allow the Government to withdraw the admission to the colleges who has not satisfying the MSR Regulations – so no amnesty from 2015 onward.

The decision was taken by the union cabinet at a meeting here under the chairmanship of Prime Minister Narendra Modi.

” It will now be required for all homeopathy colleges to seek the central government’s permission for undertaking annual admissions.”

The amendment to the Homeopathy Central Council Act, 1973, will make provisions relating to granting permission by central government to all homeopathic medical colleges for continuing course/courses, so as to ensure that homeopathy education is given only through colleges which can impart quality education, said an official statement.

This amendment will also ensure quality homeopathy education leading to better healthcare through the homeopathy system of medicine, the statement said.

This will be placed in parliament in April 2015 itself.